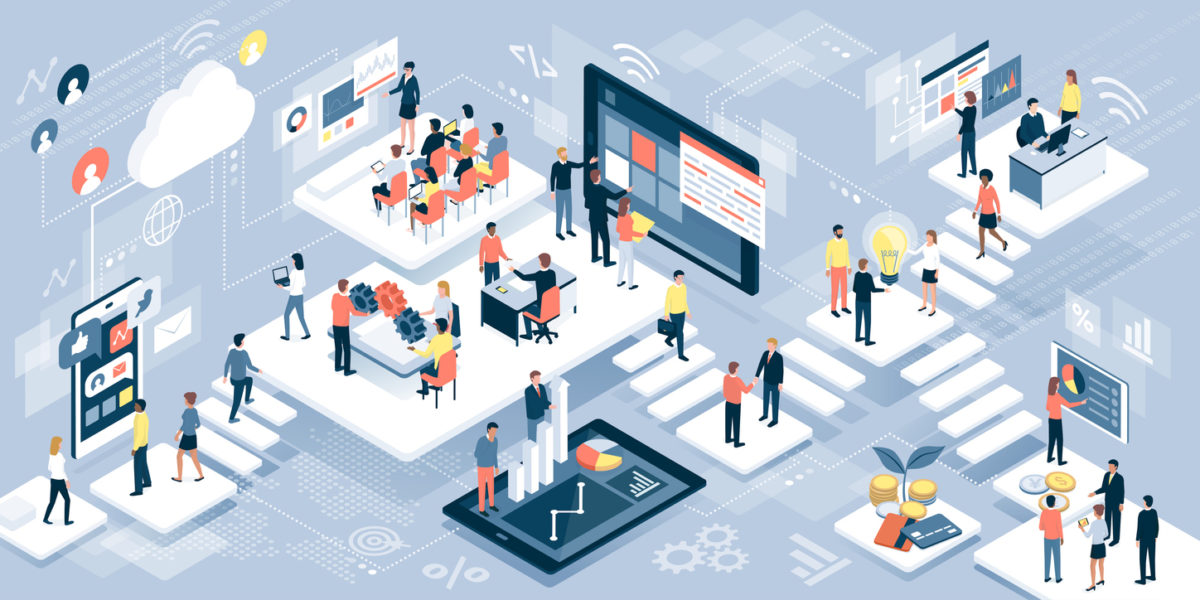 This is Volume 2 of our Work Technology Series. Check out the Introduction and Volume 1: Work Management.

Introduction to the Work Technology Series

Ways of sharing work representations of social affordances introduced by pioneers a decade ago are now standard (like kanban boards and @mentions in comments). Meanwhile, the internet giants, like Microsoft and Google are building on their strengths in productivity and email to expand their presence into the largest corporations.

There is no single, right answer to the perennial question, ‘what combination of tools is the best for business, today?’ Each company will have to evaluate the various component technologies in the work technology landscape, and determine what offerings should be included in the company’s work technology stack. A 20,000 person law firm with offices in three countries has very different needs from a 300 person design firm in one city, and both are different from a 50 person software company with a largely remote workforce.

Follow-centric tools were developed earlier than today’s chat-oriented tools (in general) and around a different model of communications, which I characterized for years as ‘work media’, because it was based on on principles derived from social media, like blogging, Twitter, and Facebook. In these tools the fundamental model of communications is based on ‘following’ other users, projects, topics, or the like, after which new posts are directed to the follower from the followed users, projects, topics, etc. In this report we will look at these work media tools: Yammer, IBM Connections, Podio, Salesforce Chatter, Facebook Workplace, and Jive.

Chat-oriented solutions (or ‘work chat’) are based on the principles of chat systems, like Internet Relay Chat (IRC), Reddit, and instant messaging. Let’s consider IRC a reference model as it is relatively simple, and it was the inspiration for the market-defining product in the space, Slack. IRC is based around the creation of named channels, either private or public, and users ‘enter’ the channels that act as chat rooms, and in which text messages are posted for all channel members to see. IRC also supports file sharing, and private messages between users. For this report we will look at Slack, Microsoft Teams, Fleep, Twist, and HipChat.

For these reasons, we will distinguish the two groups, but accept that they are substitutes for each other. I mean to say it is unlikely that a company would use both Slack and Workplace, even though they are different subcategories. They overlap in application, even when operating in distinct ways.