Voices in Data Storage is no longer active. Please see our new Podcast Voices in Innovation where GigaOm Analysts and industry professionals discuss many of the same topics in round table discussions every week. 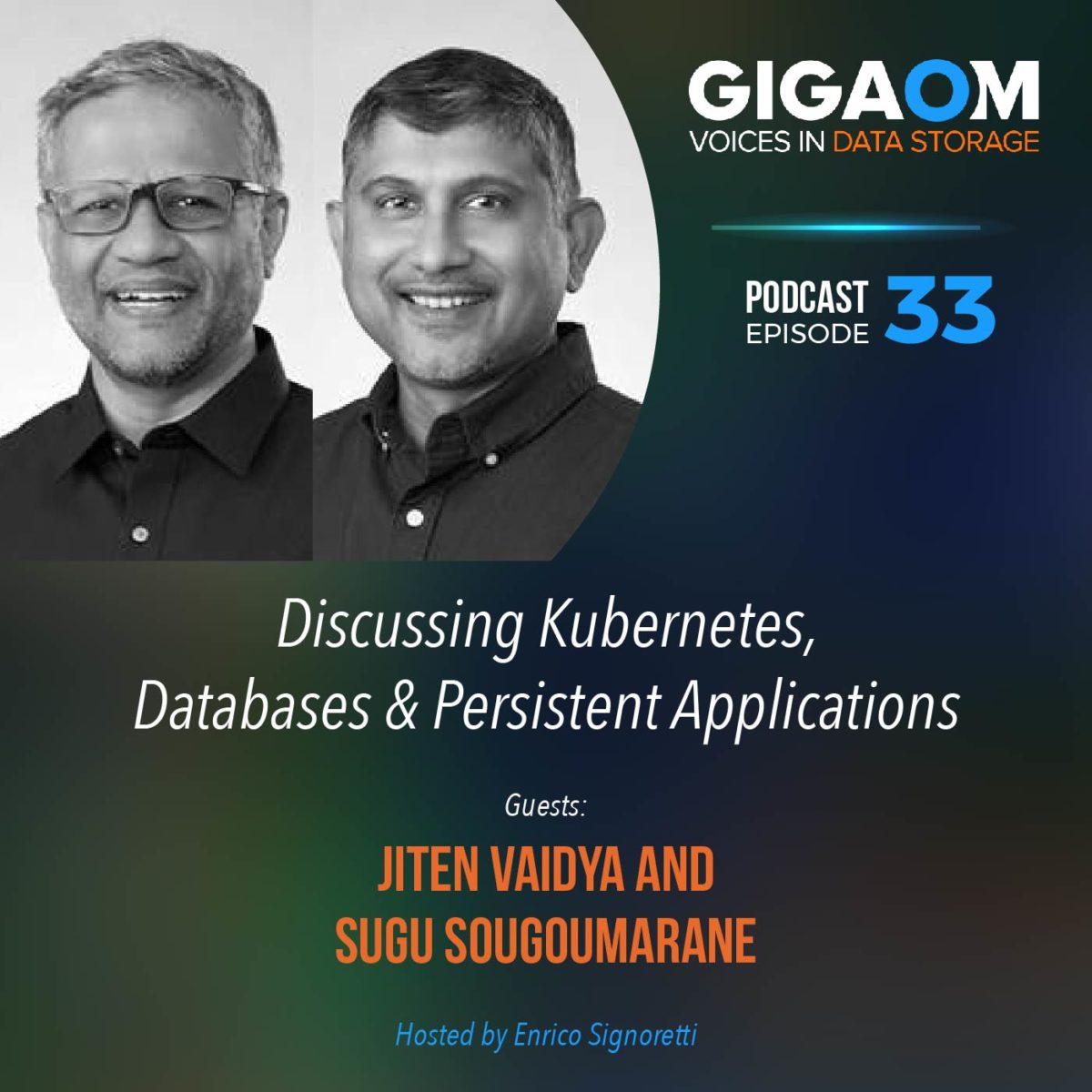 Jiten Vaidya (@yaempiricist) is the co-founder and CEO at PlanetScale. Prior to starting PlanetScale, Jiten held various backend and infrastructure roles at US Digital Service, Dropbox, Youtube, and Google. At Youtube, he managed the teams that operated Youtube’s MySQL databases at a massive scale using vitess.io.

Sugu Sougoumarane (@ssougou) is the CTO at PlanetScale and the co-creator of the Vitess project, which he's been working on since 2010. The project has helped multiple companies with running MySQL at a massive scale. Prior to Vitess, he has worked on various scaling and infrastructure projects both at YouTube and early days of PayPal. Sugu is passionate about distributed systems and consensus algorithms and is proud of his contributions in this area.

You can find Enrico on Twitter and LinkedIn. If you enjoyed this podcast, please check out his most recent report for GigaOm, "Key Criteria for Evaluating Hybrid Cloud Data Protection".