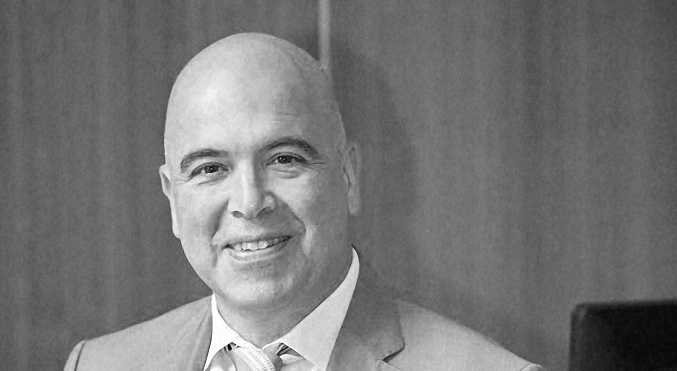 Episode 73 of Voices in AI features host Byron Reese and Konstantinos Karachalios discuss what it means to be human, how technology has changed us in the far and recent past and how AI could shape our future. Konstantinos holds a PhD in Engineering and Physics from the University of Stuttgart, as well as being the managing director at the IEEE standards association.

Byron Reese: This is Voices in AI, brought to you by GigaOm, and I’m Byron Reese. Today our guest is Konstantinos Karachalios. He is the Managing Director at the IEEE Standards Association, and he holds a PhD in Engineering and Physics from the University of Stuttgart. Welcome to the show.

Konstantinos Krachalios: Thank you for inviting me.

Yes, and first of all we see really a kind of mega-wave around the ‘so-called’ artificial intelligence—it started two years ago. There seems to be a hype around it, and it would be good to distinguish what is marketing, what is real, and what is propaganda—what are dreams what are nightmares, and so on. I’m a systems engineer, so I prefer to take a systems approach, and I prefer to talk about, let’s say, ‘intelligent systems,’ which can be autonomous or not, and so on. The big question is a compromise because the big question is: ‘what is intelligence?’ because nobody knows what is intelligence, and the definitions vary very widely.

I myself try to understand what is human intelligence at least, or what are some expressions of human intelligence, and I gave a certain answer to this question when I was invited in front of the House of the Lords testimony. Just to make it brief, I’m not a supporter of the hype around artificial intelligence, also I’m not even supporting the term itself. I find it obfuscates more than it reveals, and so I think we need to re-frame this dialogue, and it takes also away from human agency. So, I can make a critique to this and also I have a certain proposal.

Well start with your critique If you think the term is either meaningless or bad, why? What are you proposing as an alternative way of thinking?

Very briefly because we can talk really for one or two hours about this: My critique is that the whole of this terminology is associated also with a perception of humans and of our intelligence, which is quite mechanical. That means there is a whole school of thinking, there are many supporters there, who believe that humans are just better data processing machines.

Well let’s explore that because I think that is the crux of the issue, so you believe that humans are not machines?

You certainly know the thought experiment that says, if you take what a neuron does and build an artificial one and then you put enough of them together, you could eventually build something that functions like the brain. Then wouldn’t it have a mind and wouldn’t it be intelligent, and isn’t that what the human brain initiative in Europe is trying to do?

This is weird, all this you have said starts with a reductionist assumption about the human—that our brain is just a very good computer. It ignores really the sources of our intelligence, which are really not all in our brain. Our intelligence has really several other sources. We cannot reduce it to just the synapses in the neurons and so on, and of course, nobody can prove this or another thing. I just want to make clear here that the reductionist assumption about humanity is also a religious approach to humanity, but a reductionist religion.

And the problem is that people who support this, they believe it is scientific, and this, I do not accept. This is really a religion, and a reductionist one, and this has consequences about how we treat humans, and this is serious. So if we continue propagating a language which reduces humanity, it will have political and social consequences, and I think we should resist this and I think the best way to express this is an essay by Joichi Ito with the title which says “Resist Reduction.” And I would really suggest that people read this essay because it explains a lot that I’m not able to explain here because of time.

So you’re maintaining that if you adopt this, what you’re calling a “religious view,” a “reductionist view” of humanity, that in a way that can go to undermine human rights and the fact that there is something different about humans that is beyond purely humanistic.

For instance I was in an AI conference of a UN organization which brought all other UN organizations with technology together. It was two years ago, and there they were celebrating a humanoid, which was pretending to be a human. The people were celebrating this and somebody there asked this question to the inventor of this thing: “What do you intend to do with this?” And this person spoke publicly for five minutes and could not answer the question and then he said, “You know, I think we’re doing it because if we don’t do it, others were going to do it, it is better we are the first.”

I find this a very cynical approach, a very dangerous one and nihilistic. These people with this mentality, we celebrate them as heroes. I think this is too much. We should stop doing this anymore, we should resist this mentality, and this ideology. I believe we make machine a citizen, you treat your citizens like machines, then we’re not going very far as humanity. I think this is a very dangerous path.