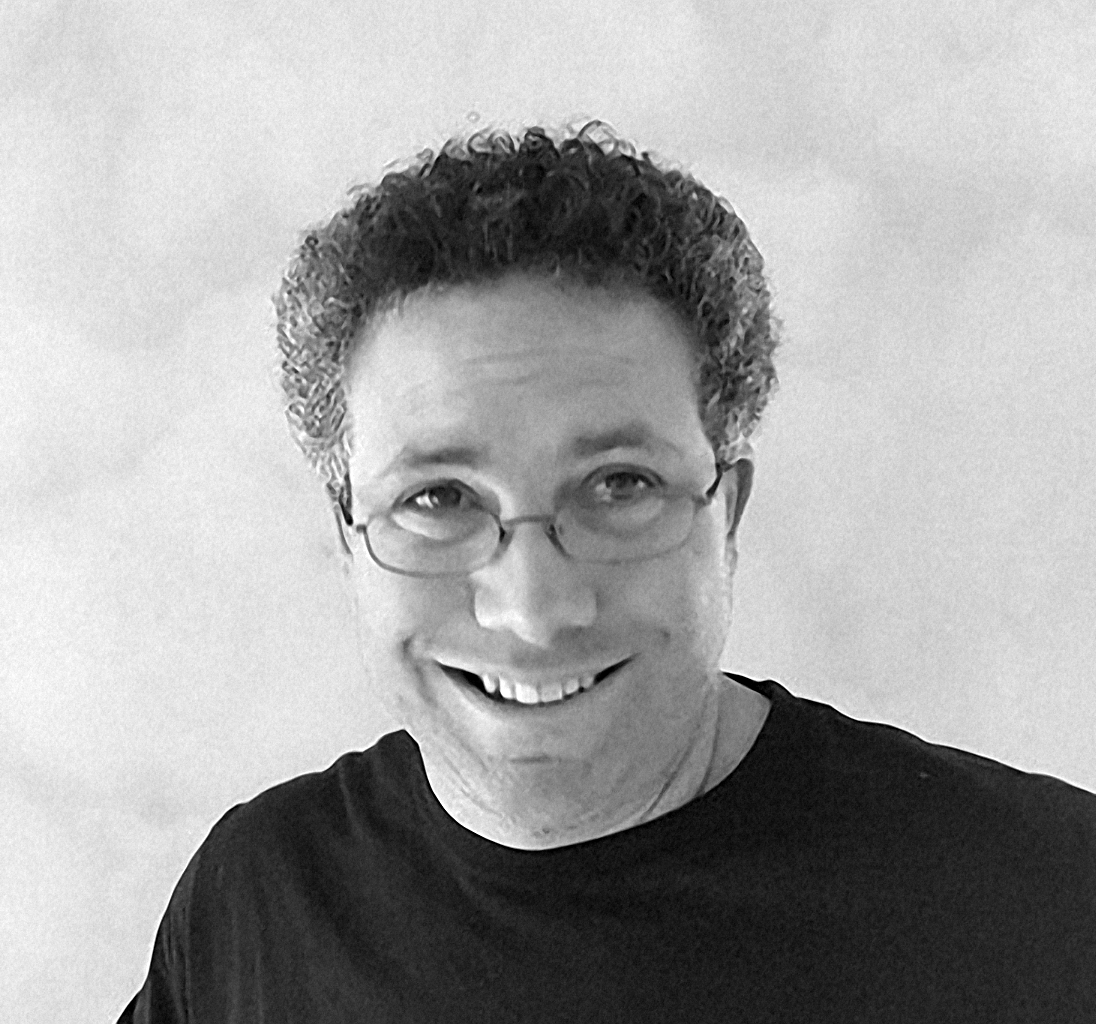 Episode 61 of Voices in AI features host Byron Reese and Dr. Louis Rosenberg talking about AI and swarm intelligence. Dr. Rosenberg is the CEO of Unanimous AI. He also holds a B.S., M.S., and a PhD in Engineering from Stanford.

Dr. Louis Rosenberg: Yeah, thanks for having me.

So tell me a little bit about why do you have a company? Why are you CEO of a company called Unanimous A.I.? What is the unanimous aspect of it?

What is swarm intelligence?

So swarm intelligence is a biological phenomenon that people have been studying, or biologists have been studying, since the 1950s. And it is basically the reason why birds flock and fish school and bees swarm—they are smarter together than they would be on their own. And the way they become smarter together is not the way people do it. They don’t take calls, they don’t conduct surveys, there’s no SurveyMonkey in nature. The way that groups of organisms get smarter together is by forming systems, real-time systems with feedback loops so that they can essentially think together as an emergent intelligence that is smarter as a uniform system than the individual participants would be on their own. And so the way I like to think of an artificial swarm intelligence or a hive mind is as a brain of brains. And that’s essentially what we focus on at Unanimous A.I., is figuring out how to do that among people, even though nature has figured out how to do that among birds and bees and fish, and have demonstrated over millions of years and hundreds of millions of years, how powerful it can be.

So before we talk about artificial swarm intelligence, let’s just spend a little time really trying to understand what it is that the animals are doing. So the thesis is, your average ant isn’t very smart and even the smartest ant isn’t very smart and yet collectively they exhibit behavior that’s quite intelligent. They can do all kinds of things and forage and do this and that, and build a home and protect themselves from a flood and all of that. So how does that happen?

Yeah, so it’s an amazing process and its worth taking one little step back and just asking ourselves, how do we define the term intelligence? And then we can talk about how we can build a swarm intelligence. And so, in my mind, the word intelligence could be defined as a system that takes in noisy input about the world and it processes that input and it uses it to make decisions, to have opinions, to solve problems and, ideally, it does it creatively and by learning over time. And so if that’s intelligence, then there’s lots of ways we can think about building an artificial intelligence, which I would say is basically creating a system that involves technology that does some or all of these systems, takes in noisy input and uses it to make decisions, have opinions, solve problems, and does it creatively and learning over time.

Now, in nature, there’s really been two paths by which nature has figured out how to do these things, how to create intelligence. One path is the path we’re very, very familiar with, which is by building up systems of neurons. And so, over hundreds of millions and billions of years, nature figured out that if you build these systems of neurons, which we call brains, you can take in information about the world and you can use it to make decisions and have opinions and solve problems and do it creatively and learn over time. But what nature has also shown is that in many organisms—particularly social organisms—once they’ve built that brain and they have an individual organism that can do this on their own, many social organisms then evolve the ability to connect the brains together into systems. So if a brain is a network of neurons where intelligence emerges, a swarm in nature is a network of brains that are connected deeply enough that a superintelligence emerges. And by superintelligence, we mean that the brain of brains is smarter together than those individual brains would be on their own. And as you described, it happens in ants, it happens in bees, it happens in birds, and fish.

And let me talk about bees because that happens to be the type of swarm intelligence that’s been studied the longest in nature. And so, if you think about the evolution of bees, they first developed their individual brains, which allowed them to process information, but at some point their brains could not get any larger, presumably because they fly, and so bees fly around, their brains are very tiny to be able to allow them to do that. In fact, a honeybee has a brain that has less than a million neurons in it, and it’s smaller than a grain of sand. And I know a million neurons sounds like a lot, but a human has 85 billion neurons. So however smart you are, divide that by 85,000 and that’s a honeybee. So a single honeybee, very, very simple organism and yet they have very difficult problems that they need to solve, just like humans have difficult problems.

And so the type of problem that is actually studied the most in honeybees is picking a new home to move into. And by new home, I mean, you have a colony of 10,000 bees and every year they need to find a new home because they’ve outgrown their previous home and that home could be a hole in a hollow log, it could be a hole at the side of a building, it could be a hole—if you’re unlucky—in your garage, which happened to me. And so a swarm of bees is going to need to find a new home to move into. And, again, it sounds like a pretty simple decision, but actually it’s a life-or-death decision for honeybees. And so for the evolution of bees, the better decision that they can make when picking a new home, the better the survival of their species. And so, to solve this problem, what colonies of honeybees do is they form a hive mind or a swarm intelligence and the first step is that they need to collect information about their world. And so they send out hundreds of scout bees out into the world to search 30 square miles to find potential sites, candidate sites that they can move into. So that’s data collection. And so they’re out there sending hundreds of bees out into the world searching for different potential homes, then they bring that information back to the colony and now they have the difficult part of it: they need to make a decision, they need to pick the best possible site of dozens of possible sites that they have discovered. Now, again, this sounds simple but honeybees are very discriminating house-hunters. They need to find a new home that satisfies a whole bunch of competing constraints. That new home has to be large enough to store the honey they need for the winter. It needs to be ventilated well enough so they can keep it cool in the summer. It needs to be insulated well enough so it can stay warm in cold nights. It needs to be protected from the rain, but also near good sources of water. And also, of course, it needs to be well-located, near good sources of pollen.

And so it’s a complex multi-variable problem. This is a problem that a single honeybee with a brain smaller than a grain of sand could not possibly solve. In fact, a human that was looking at that data would find it very difficult to use a human brain to find the best possible solution to this multi-variable optimization problem. Or a human that is faced with a similar human challenge, like finding the perfect location for a new factory or the perfect features of a new product or the perfect location to put a new store, would be very difficult to find a perfect solution. And yet, rigorous studies by biologists have shown that honeybees pick the best solution from all the available options about 80% of the time. And when they don’t pick the best possible solution, they pick the next best possible solution. And so it’s remarkable. By working together as a swarm intelligence, they are enabling themselves to make a decision that is optimized in a way that a human brain, which is 85,000 times more powerful, would struggle to do.

And so how do they do this? Well, they form a real-time system where they can process the data together and converge together on the optimal solution. Now, they’re honeybees, so how do they process the data? Well, nature came up with an amazing way. They do it by vibrating their bodies. And so biologists call this a “waggle dance” because to humans, when people first starting looking into hives, they saw these bees doing something that looked like they were dancing because they were vibrating their bodies. It looked like they were dancing but really they were generating these vibrations, these signals that represent their support for their various home sites that were under consideration. By having hundreds and hundreds of bees vibrating their bodies at the same time, they’re basically engaging in this multi-directional tug of war. They’re pushing and pulling on a decision, exploring all the different options until they converge together in real time on the one solution that they can best agree upon and it’s almost always the optimal solution. And when it’s not the optimal solution, it’s the next best solution. So basically they’re forming this real-time system, this brain of brains that can converge together on an optimal solution and can solve problems that they couldn’t do on their own. And so that’s the most well-known example of what a swarm intelligence is and we see it in honeybees, but we also see the same process happening in flocks of birds, in schools of fish, which allow them to be smarter together than alone.