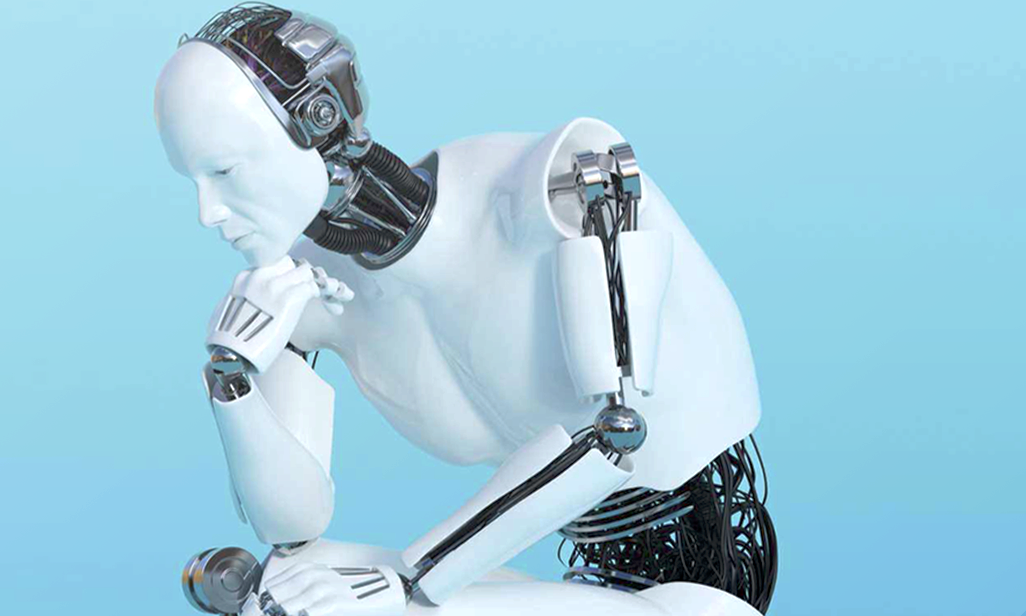 The following is an excerpt from Byron Reese’s book, The Fourth Age: Smart Robots, Conscious Computers, and the Future of Humanity. You can purchase the book here.

The Fourth Age explores the implications of automation and AI on humanity, and has been described by Ethernet inventor and 3Com founder Bob Metcalfe as framing “the deepest questions of our time in clear language that invites the reader to make their own choices. Using 100,000 years of human history as his guide, he explores the issues around artificial general intelligence, robots, consciousness, automation, the end of work, abundance, and immortality.”

In The Fourth Age, Byron Reese argues that most of the big questions around technology like AI and automation are not about what technological breakthroughs will happen, but center around foundational questions about life, humanity, and reality. He distills them down to three key questions. Below is the first one: What Is the Composition of the Universe? The second and third questions: “What Are We?” and “What is Your Self?” will soon follow.

What Is the Composition of the Universe?

The first question is about the composition of the universe, the very nature of reality. However you answer this question will go a long way to determining whether computers can be conscious and whether true artificial intelligence can be built. The best thinking about this question comes to us from the ancient Greeks. It’s pretty unusual that we have a situation in which there exists about 2,500 years of debate centered on the exact same texts. Since we haven’t bettered the ancient Greeks’ reasoning by much in the intervening millennia, we tackle this first question by going back to them and how they thought about it long ago.

What is the composition of the universe? There are two schools of thought.

One ancient Greek representative of this position is Democritus, who believed that the only things that existed were matter and empty space, and he classified everything else as simply opinion. He said:

A modern proponent of monism is Francis Crick, who offered his “astonishing hypothesis” that “you, your joys and your sorrows, your memories and your ambitions, your sense of personal identity and free will, are in fact no more than the behavior of a vast assembly of nerve cells and their associated molecules.”

A great majority of scientists identify with this viewpoint. In fact, to most scientists this position seems screamingly obvious, although they often have an understanding of the three reasons why this view is unsettling to many people:

First, it is hard to work free will into a world of simple cause and effect.

Second, it means we are nothing more than big walking bags of chemicals and electrical impulses. Despite what your mother told you, there is nothing special about you at all. You are the same basic “thing” as an iPhone, a turnip, or a hurricane.

Third, it is hard to coax a universal moral code out of that viewpoint. Killing a person doesn’t seem to have any more moral consequence than smashing a boulder.

There are of course plausible answers to these points, which in turn invite plausible challenges to those answers. And that is where the debate begins.

The other school of thought is a position known as dualism. Dualists believe that the universe is made of two (or more) things. Yes, there are atoms, but there is also something else.

There is a temptation to spiritualize this position, while concurrently casting monism as the rational, modern view. And while it is true that those who believe in God or the soul or ghosts or “life forces” are certainly dualists, the dualism tent is much larger and includes many viewpoints that eschew the spiritual. Atheism and theism are beliefs about God; monism and dualism are beliefs about the nature of reality.

What might these other substances be? There are a couple of ways to think about it. One is that there is physical stuff and spiritual stuff. There are atoms and there are souls, for instance. This is the more religious conception of dualism. The second way to think of dualism doesn’t have any religious implications. It is that the universe is composed of physical stuff and mental stuff. The mental stuff includes hopes and regrets, love and hate, and so forth. While these things may be triggered by physical processes in the brain, the experience of them is not physical. It is a subtle difference, but an important one.

We will use Plato as our ancient Greek advocate for dualism. He believed that while there are things we call circles in this world, they are never really perfectcircles. But there exists a form, an ideal, that is a perfect circle, and that “circle-ness” is a real thing that isn’t governed by physical laws. And yet with your mind, you can visit the world of perfect forms by, for instance, contemplating philosophy. In a sense, high school geometry is an exercise in Platonic dualism. Geometric proofs rely on perfect forms, but in reality, there are no true circles, lines, or planes. Geometric proofs only loosely resemble our reality.

A modern Platonist might say, “You know what an idea is. It is a noun, right? You havean idea. It is a thing.” Now, here’s the question: Does an idea obey the laws of physics? Some would say yes, that the idea is a pattern of neurons in your brain. In your brain, it displays entropy. But, some would say no, that ideas are things untouched by physical laws. They originate at some place and time, they spread, they have an effect on their environments. But physics doesn’t govern ideas.

The modern defense of dualism is best expressed by the “Mary’s room” problem, formulated by the philosopher Frank Jackson. It goes like this: Mary is a hypothetical person who knows everything about color. Literally everything. Not just about the science of color, but right down to how photons hit the eye, and what the cones and rods do. Not just what they do, but at an atomic level, what is going on. I mean, she knows every single thing about color there is to know. But, she has spent her entire life in a gray room reading about color on a gray screen. She has never actually seen any color. But remember, she knows everything about it.

Then one day she leaves the room and sees color for the first time. Now, here is the big question: Does she now know anything more about color? Did she learn anything after seeing color for the first time? If you believe she did, if you think that experiencing something is different than knowing something, then you are a dualist. If she learned anything new, then it means that there is something that happens in experience that is beyond the physical universe, beyond simply knowing a thing. Whatever Mary learned about color when she saw it for the first time is something that is outside the realm of physics. What is that thing? How would you express it in an equation? Or even words, for that matter? Holding this belief will have profound implications on your conceptions of what a computer can and cannot do.

Another modern proponent of dualism is René Descartes, of “I think, therefore I am” fame. (You know you are dealing with an ancient problem when a guy born more than four hundred years ago is considered “modern.”) A quick refresher on his famous statement. Descartes began by doubting everything. Does two plus two equal four? Maybe. Does sewer rat taste like pumpkin pie? Who knows? He doubted the entire material world under the idea that it might be a trick being played on him by a demon of some kind. The conclusion of all this doubting is that . . . well, he knew nothing, other than that he doubted everything. So that was his foundational conclusion, better rendered as, “I doubt, therefore I am.” Descartes was the quintessential dualist, and he saw the mind as the source of consciousness and the brain as the place where simple facts were. So in his view, consciousness was mental and knowledge was physical. We will explore the difference between the brain and the mind later.

The traditional argument against dualism asks this question: If there is a world of physical things and a very different world of mental things, how do they interact? How can having a mental desire of wanting a sandwich compel your physical body to get up and make one? The fact that the craving can influence your body suggests that they are both physical.

All this may sound like sophomoric hairsplitting, but it will become quite germane when we ask whether computers can, for example, ever “feel” pain. They can sense temperature, but can they experience pain?

So, I now ask you to call the ball on our first question. Are you a monist or a dualist? (If you think you are something other than those two things, consider yourself a dualist for our purposes. The salient point is that you are not a monist.)

To read more of Byron Reese’s book, The Fourth Age: Smart Robots, Conscious Computers, and the Future of Humanity, you can purchase it here.