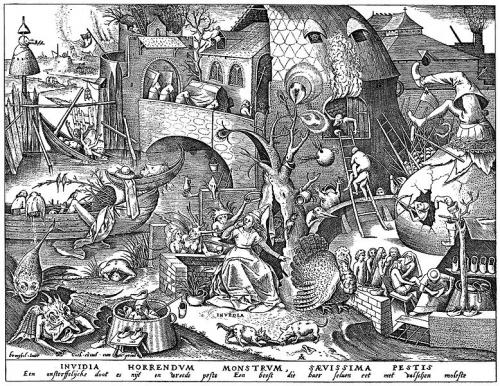 We are all, in the words of Agent Smith and Agent Jones, “only human.” This paradoxical quality, humanity, which powers our finest achievements and leads us to the pinnacle of artistic endeavour, is also that which feeds our less desirable traits, actions and moments of downright cruelty.

As with many religious themes, the seven deadly sins of lust, gluttony, avarice, sloth, wrath, envy and pride are rooted in earthly reality. So how do they map onto how we interact with technology, in our interactions or in terms of the services we create? Let’s take a look.

What a dark note to end upon (which harks to sadness, the eighth ‘sin’ in the original list). Our collective conscience can seem but dust, the immolated ashes of sacrifice to the new gods of the digital age. But this is part of a far greater process in which what we knew is torn apart, so it can emerge stronger. Principles that go back millennia are stronger than any wave of tooling, however insurmountably powerful and complex it may seem at the time.