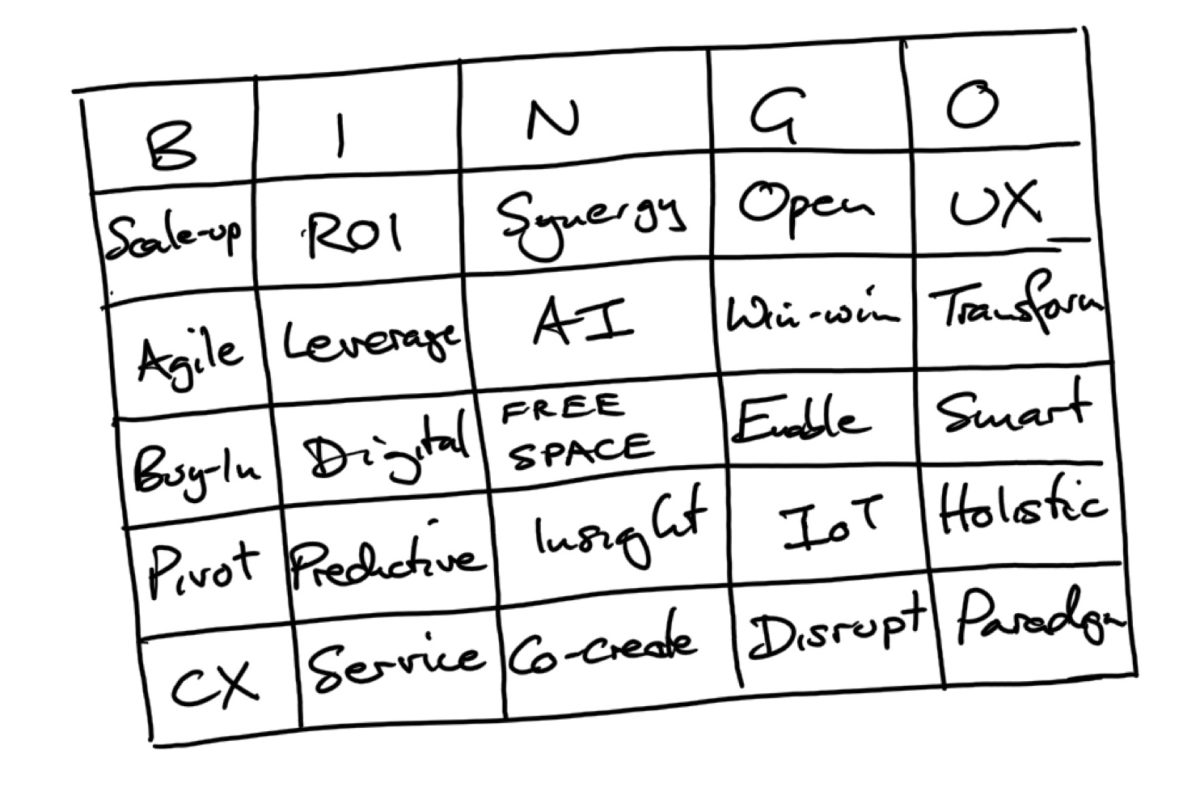 Barely a day goes past in the tech press without some mention of the importance of digital transformation to businesses; each accompanied by a caveat that nobody really knows what it is. Without engaging further in this debate, what are the absolutes and what really matters?

1. That it’s all about the data. Everything.

How ever we phrase things, the singular, most significant change that technology has brought over the past 100 years is the ability to generate, store, process and transmit inordinate quantities of data. Whatever ‘revolution’ or ‘wave’ we might want to say we are in right now, be it digital, industrial or whatever, there is only really one — the information revolution.

Despite exponential appearances (and resulting perceived impetus for dramatic change), this trend continues with a certain linearity: even as we double the number of pixels on a sensor for example, or transistors on a processor, our abilities increase at a more steady pace. In business terms, the challenges of integration, capacity planning or service level management are the much the same now as they were a decade ago; we are simply working at a higher level of resolution.

2. That technology is enabling us to do new things

This still leaves room for breakthroughs, when technology passes certain thresholds. We saw, for example, the quite sudden demise of the cathode-ray television in favour of LCD screens, or indeed that of film versus digital cameras. What we see as waves are quite often technologies passing these thresholds — so, for example, the Internet of Things is a consequence of having sufficient connectivity, with low-cost sensors and ‘edge’ processing. We may be seeing another approaching with machine learning and AI.

It’s useful to compare these moments of “release of innovation” with the previous point, that many consequences are subject to evolutionary, not revolutionary impact. This dichotomy drives much technology-related marketing: a new advance can have significant specific impacts even if it does not change the world; however it will be presented as enabling the latter, even if it will only really achieve the former. Case in point — digital cameras have not made us better photographers, and nor has CRM made organisations better at customer service.

3. That we tend to do the easy or cheap stuff, as consumers and businesses

Many innovations happen through ‘pull’ rather than ‘push’. We can spend our lives putting together complex business cases that demonstrate clear ROI, but even as we do we know they are really lip service to due diligence. In work as at home, a great deal of technology adoption happens because it makes our lives easier — those explaining the extraordinary rise of Amazon, Facebook and so on emphasise ecosystems, platforms and networks and treat our own laziness and desire for a simple life as an afterthought. In business meanwhile, money saving is a far greater enabler to technology adoption than the potential for business growth.

The CBA factor is of inordinate importance, and yet gets little mention: it’s like we are embarrassed to admit our own weaknesses. Interestingly, its corollary (that of “Resistance to Change”) does get a mention when looking to explain large project failures. But here’s the fact: many of the great technology advances occur because they are easier, and they stumble when they are not. The fact people still like books or printed reports can be explained as much through ease of use, as through the need to hold something physical. The perceived need for ‘transformation’ comes from the idea that against such inertia, some big, aspirational change is necessary.

4. That nobody knows what the next big thing will be

As my old boss and mentor once said however, innovations are like route markers — it’s important to see them as points on a journey rather than a destination. However, doing so goes against two major schools of thought. The first comes from technology vendors who want (you) to believe that their latest box of tricks will indeed bring nirvana. And the second, from consulting firms, whose thought leadership role diminishes significantly if their advice is framed in terms of observational mentoring (a good thing) as opposed to somehow holding the keys to the kingdom.

There is no promised land, and neither is there a crevasse we will all fall into, but we still persist in looking through the wrong end of the telescope, framing business needs in terms of solutions rather than putting the former first. Sometimes this is done so subtly by marketers it can be difficult to spot: back in the days of “service oriented architecture” for example, it took me a while to realise that its main proponents happened to have a specific product in mind (an “enterprise service bus”). Doing so isn’t necessarily wrong, but it’s worth following the money.

As a species, particularly in times of great change, we need a level of certainty at a very deep, psychological level. And it is messing with our ability to act. It’s too easy to pander to the need for a clear answer, buying into current rhetoric with a hope that the latest advance might really work this time. All sides are at fault — those purveying solutions, those buying them and those acting as trusted third parties — but who wants to hear anyone say “it’s not going to work”?Each time round the cycle, we come up with new terms and subtly change their definitions — industry 4.0 or smart manufacturing might mean the same, or very different things depending on who you ask, a symptom of our desperation to understand, and adapt to what is going on (after all, haven’t we been told to ‘adapt or die’?).

Interestingly, the companies that we applaud, or fear the most, may well be those who care the least. Amazon, Uber, Tesla, the rest of them don’t know what’s around the corner, and what is more they don’t see this as a priority — they simply want to still be in the game this time next year. Rightly so, as they are were born into uncertainly, forged through some indecipherable and unrepeatable combination of factors. Why did Facebook succeed when Myspace, Bebo or any other high-valuation predecessor did not, for example? Above all, these organisations have an attitude to change, a mindset that sees uncertainty and therefore responsiveness, as a norm. Jeff Bezos’ articulation of Amazon’s “Day One” approach to business strategy offers a fantastically simple, yet utterly profound illustration.

6. Responsiveness is the answer, however you package it

Where does this leave us? The bottom line is that “digital transformation” is the latest attempt to provide a solid response to uncertain times, and as such remains empty words for many. It isn’t actually relevant what it is, other than a touchstone term which will soon be replaced (you can thank the marketers for that). So debate it by all means, just as you might once have debated business process management, or social networking, or hybrid cloud, or whatever tickles your fancy. As you do so however, recognise such procrastination for what it is.

And then, once you are done, take action, over and over again. Transformation doesn’t matter, unless we are talking about the transformation of mindsets and attitudes, from build-to-last to do-it-fast. That’s why agile methodologies such as DevOps are so important, not in themselves (yes, that would be putting the cart before the horse again) but because they give businesses an approach to innovate at high speed. As we continue on this data-driven journey, as complexity becomes the norm, traditional attitudes to change at the top of business, or indeed our institutions, become less and less tenable. The bets we make on the future become less and less important; what matters more is our ability to make new ones.

Terminology matters not a jot. But are you and your colleagues, at whatever level in your organisation, prepared to change? If the answer is anything other than yes, you have a bigger challenge on your hands than understanding the latest set of buzzwords.