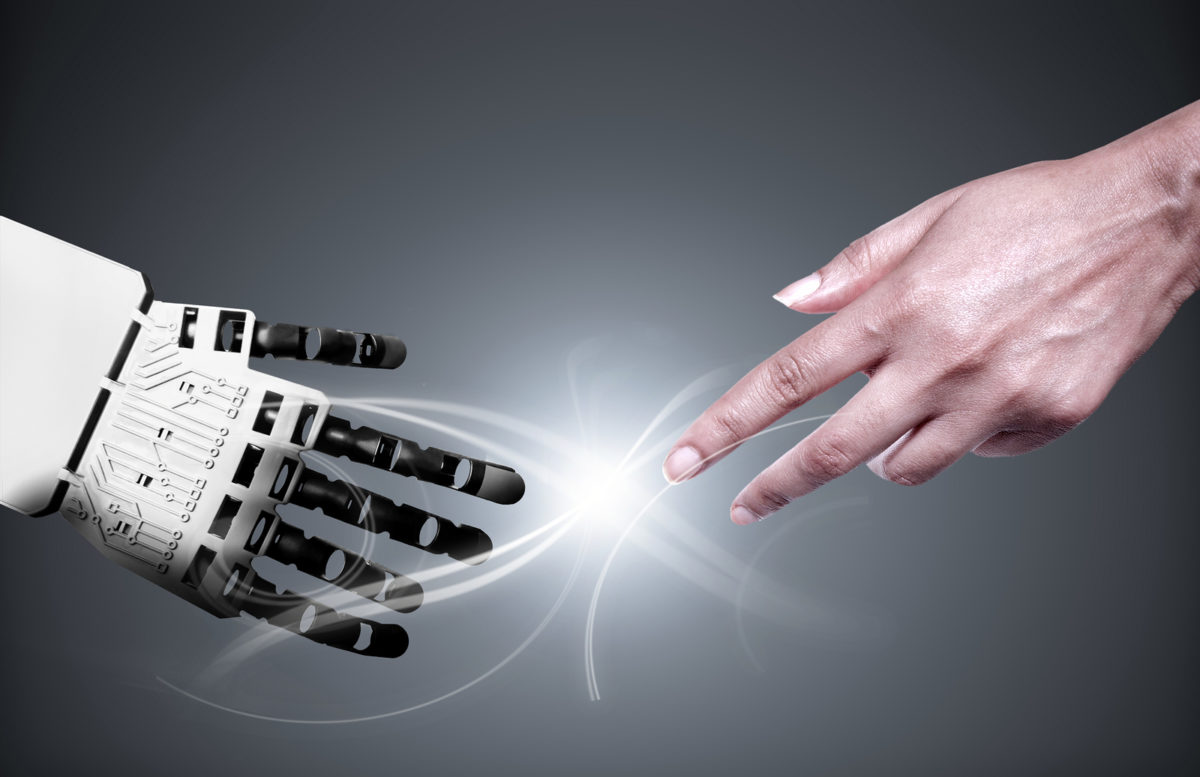 As a graduate of the School of Civil Engineering (l’Ecole des Ponts et Chaussées) and with a DEA in Artificial Intelligence, Rodolphe Gelin, EVP Chief Scientific Officer, SoftBank Robotics, has 20 years of experience in research with teams in the Commissariat à l’Energie Atomique (CEA)- most notably in robotics used to assist people. Rodolphe joined SoftBank Robotics in 2008 as Director of Research and Head of Collaborative Projects. He is also the head of the ROMEO project to create a large robot designed to assist the elderly. Rodolphe Gelin now leads the Innovation team which aims to develop new technologies for current robots and continue exploration of humanoid robotics.

Rodolphe Gelin will be speaking at the Gigaom Change Leaders Summit in Austin, September 21-23rd. In anticipation of that, I caught up with him to ask a few questions.

Byron Reese: People have imagined robots for literally thousands of years. What do you think is the source of this fascination?

Rodolphe Gelin: The idea of robots has fed our curiosity for more than half a century with the potential of having another form factor to interact with on our own natural terms. In reality robots offer us much more and, through recent technological innovations, robots are now helping us reach the next frontier in artificial intelligence research and engineering. As mankind has evolved our inherent nature is to create, build and then continue to evolve what we’ve created; advancing in technology is no different. As high tech has become more prolific, we are constantly on a quest to evolve our technical knowledge. Robotics represents the next step or extension of that continued innovation.

It is obviously extremely difficult to make a robot with the range of motion and movement as a human. What are some of the things that make it tricky?

Humans have evolved very specific types of muscles which provide us with strength, force and speed that currently no available motor can match. The complexity of the human skeleton gives us extraordinary mobility and support. This type of support is also very difficult to duplicate mechanically. In addition, to creating a general form factor for humanoid robots there are other details to consider like fluidity and other natural movements that require intricate programming, as well as various sensors and processors that would help identify the robot’s surroundings.

Do you foresee robots that are indistinguishable from humans? Would people want that?

At SoftBank Robotics, we strongly believe that robots should look like robots. Our robots, Pepper, NAO and Romeo, were created to resemble a human-like figure, but they do not look like us. While there are indeed some robotics scientists today who have created robots that look like humans which include features like eyes, and “skin,” similar to a wax figure. That is not where we are headed with our development of robots. All robotics research is ongoing and as each form factor becomes more advanced some robots could look very much like their human counterparts. However, SoftBank Robotics is focused on creating approachable robots that make people feel comfortable and happy.

Do you think that the computing power of robots will eventually be such that they attain consciousness?

I don’t think that a machine that plays chess will attain consciousness even with a lot of computing power. If consciousness is someday available in a computer, it will be because a human being would have programmed it, in one way or another. A robot is a machine that does what it has been programmed to do. If the programmer does not program a replicated state of ‘consciousness’, there would be no way for the program get one.  Having random ‘conscious-like’ processing could be seen in the form of a computer glitch but the software designer should detect and correct it, if he is not happy with the behavior. And if a developer wants to give a consciousness to his robot, he probably can. But what would be the purpose of it? To give a moral sense to the robot? Do we really want to have a machine judging the morality of what we are doing? I don’t think consciousness is a question of computing power, it is just a question of design.

Thank you for taking the time to share your thoughts on this subject. I look forward to further discussion in September.

Rodolphe Gelin will be speaking on the subject of robotics at Gigaom Change Leaders Summit in Austin, September 21-23rd.