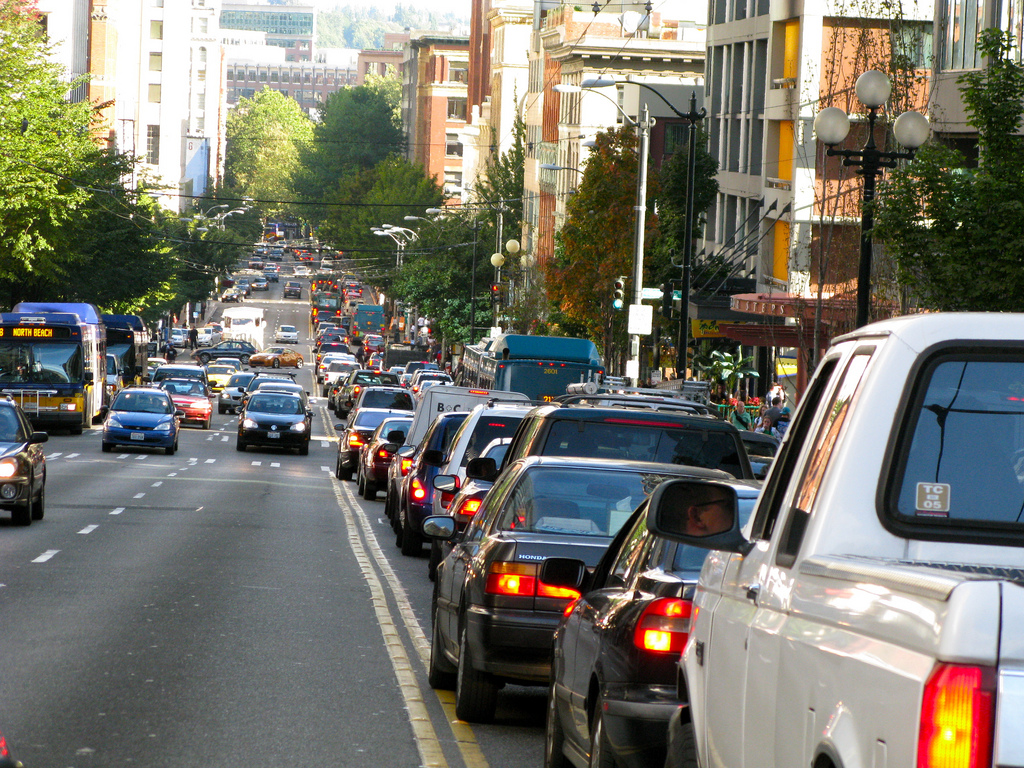 A version of this post was originally published on the Gigaom Research’s Analyst Blog.

Uber has hit another speed bump on its way to disrupting the transportation establishment worldwide. The Seattle City Council voted yesterday in favor of allowing on-demand workers the right to unionize, despite their nebulous status as ‘independent workers’ falling in the cracks between 1099 contractors and W-2 employees.

… the Seattle City Council plans to vote on a proposed law to give freelance, on-demand drivers like Mr. Creery the right to collectively negotiate on pay and working conditions, a right historically reserved for regular employees. Mr. Creery and hundreds of fellow drivers in Seattle helped push for the legislation. The hope, he said, is to give drivers more say on how much they should be paid.

The successful vote in the City Council means the drivers’ organization — the App-Based Drivers Association (ABDA) — will gain an explicit right to unionize on-demand workers, a first in the U.S. This does not mean that the federal government has agreed, and it would be reasonable to expect that ultimately the National Labor Relations Board or the federal courts might get involved.

Uber, its competitors like Lyft, and a wide variety of other on-demand work companies have their economics squarely based on the premise that on-demand workers are not employees, and as a result, the companies paying them for their labor can sidestep the expenses and liabilities that come with full-time employment, such as insurance, worker compensation, social security contributions, vacation, sick leave, and the like. The on-demand companies clearly benefit from this arrangement, while — at least in some cases — the on-demand workers would rather gain the protections and benefits that labor laws in the U.S. provide. Such as the right to unionize.

Uber is already involved in a California class-action lawsuit on this issue, and the initial finding is that at least one former driver should have been classified as an employee, which Uber has appealed.

As I wrote in July (see Handicapping On-Demand Market Sectors) ,

At core, there is a real question of worker misclassification in the on-demand marketplace. In labor law, there are certain litmus tests to determine whether a supposed contractor is actually a misclassified employee. The employer has a strong incentive to claim that the worker is a contractor, because that allows the firm to sidestep taxes, legal liability, and the purchase and upkeep of equipment (like cars, insurance, and gas, in the case of Uber). If the worker is controlled directly by the company — is told how and when to provide services (like Homejoy’s scheduling appointments instead of its ‘contractors’ making those arrangements, what tools or equipment to use, and specific procedures to follow (like the Lyft fistbump) — then misclassification becomes more likely.

Consider the level of control that Handy — a Homejoy competitor — applies to ‘contractors’:

Handy tells its cleaners how to dress, but it also tells them when to knock or ring the doorbell, whether to shake a customer’s hand (always), whether to ask if they should take off their shoes (always), whether they can talk on the phone during the cleaning session (never), and more, the suit says. Those specifications likely make customers feel secure and at ease.

They also violate many of the IRS standards for independent contractors, which say that they can’t be told when, where and how to do the work.

Uber claims its drivers prefer being contract workers. However, the company doesn’t offer the alternative of full-time employment for drivers, so the experiment to prove their claim hasn’t been run. Whether drivers believe they are employees or contractors — many hold other jobs, and some preclude other ’employment’ — is a factor in the analysis, but may be moot in the final analysis, since so much of the control of the work is in the hands of Uber.

The reality is that we may need to develop a third category of worker to better match the times we are living in. Again, from Handicapping On-Demand Market Sectors:

On-demand work has risen in the national conscience to the point that presidential candidates are senators are asking difficult questions. Hillary Clinton recently saidthat she plans to ‘crack down on bosses who exploit employees by misclassifying them as contractors or even steal their wages.’ Senator Mark Warner gave a talk at a DC-based think tank, New America, in which he supported the idea of a third category of worker, saying,

For many of these online and contingent workers, they’re operating without any safety net below them. They may be doing extraordinarily well — until they’re not, and then there is nothing to catch them until they end up, candidly, back on the taxpayer’s dime.

The third worker class has many possible facets, like a way to have a freelancer’s clients contribute on a pro rata basis toward the sorts of benefits that full-timers receive. For example, the half of social security that employers pay for their employees is paid for freelancers, along with the employees half. In a ‘hours bank’ model, clients would pay a share. So if a freelancer worked 10 hours for company X, they would contribute one quarter of that week’s employer-side social security contributions, and other clients would two.

So, we’ll have to see where this newest detour leads for Uber and the on-demand economy. It seems unlikely that the genie will be chased back into the bottle and that on-demand work will fade away.

However, new protections for the precarious nature of on-demand work obviously need to be put in place, so that the downsides of being an independent worker do not fall solely on the shoulders of the workers, and neither should they be socialized by state and federal governments, so that taxpayers wind up subsidizing the on-demand employers. Uber and the other companies that tout their exponential economics will have to return some of the 20 to 30 percent they slice out of every transaction, and reinvest that in higher salaries, pensions, and insurance for those making the on-demand economy go, ultimately. It’s just a matter of time.