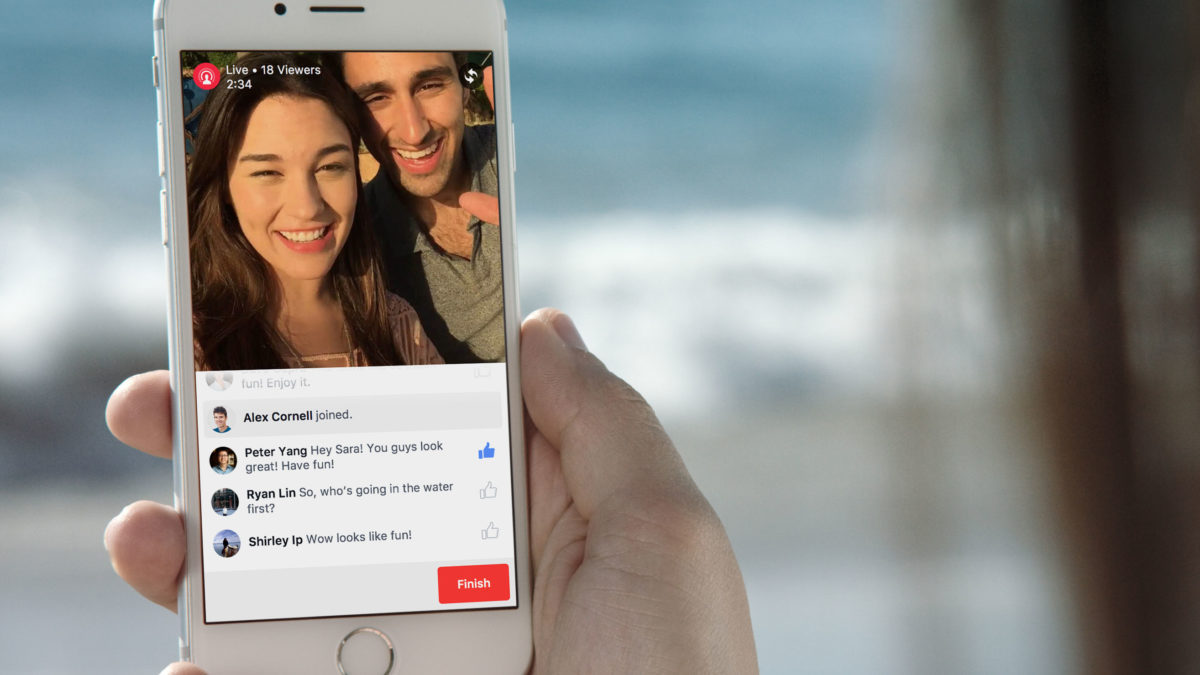 Facebook has made a feature that was previously exclusive to celebrities and public figures available to the general public — or at least to a few iPhone users who live in the United States — to let them live-stream video on its platform.

Now it will be available to anyone who wants to live-stream video to their Facebook friends. This not only bridges the gap between what celebrities and the public can do on Facebook: It also puts Live Video head-to-head with Periscope.

Periscope, which was acquired by Twitter in January, has always been available for anyone to use. Facebook’s focus on celebrities meant the two services didn’t overlap much; now they’ll have to compete for attention from the general public.

Live Video’s debut to the public isn’t the only thing Facebook announced today. The company also released Collage, a tool that makes it easy to share photos and videos in an interactive grid; and teased a new “tool built for mobile sharing.”

Collage seems a lot like  the Layout app that allows Instagram users to create similar, well, collages. That app focuses on combining photos into a single image rather than grouping different media into one place, but it’s the same concept.

The new sharing tool is more novel. Facebook said in a blog post it’s “piloting a new design”  that shows a drop-down menu when users tap the “What’s on your mind?” prompt at the top of the app “with a few people on iPhone and Android.”

Right now people can share status updates; photos and videos; check-ins; feelings; and Live Videos with the new sharing tool. Facebook says the update will give it the flexibility needed to “include new sharing features in the future.”

The whole thing looks a lot like Tumblr’s sharing menu, which asks people to choose among several different types of media before they can share something. That’s a marked departure from the much simpler mechanism available today.