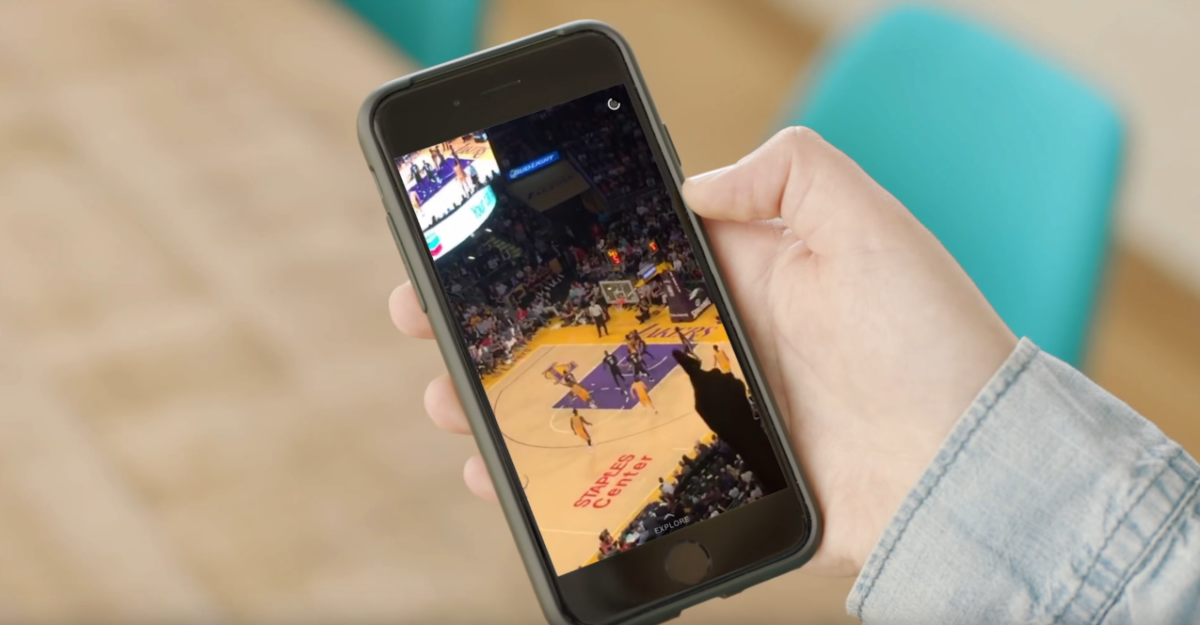 [This post has been updated to fix an error related to how Snaps will be added to Story Explorer. It doesn’t surface private content; only things people have decided to upload to Live Stories and thus make available for public viewing.]

A new Snapchat feature called Story Explorer will allow people in New York and Los Angeles to view specific moments from perspectives shared by other users.

Snapchat says in a blog post today that Story Explorer works by taking Snaps curated into its Live Stories and making other Snaps of the same event available with a swipe. (That sentence would have been gobbledygook just a few years ago.) Put another way: It’s like viewing a movie through multiple views instead of just one.

“It’s the first time you’ll be able to experience that incredible game-winning dunk from thousands of perspectives throughout the stadium — or feel like you’re right there on the scene when breaking news unfolds,” Snapchat says. It adds that this is possible because its users contribute “so many diverse perspectives” all at once.

A report from the Los Angeles Times says that Snapchat’s curators will still be tasked with choosing the content that appears in the company’s Live Stories. This feature simply makes it easier for people interested in a particular moment to view relevant content without requiring the curator to find similar Snaps.

Story Explorer feels a bit like Snapchat’s attempt to replicate the hashtag. That omnipresent symbol often serves as a gateway to similar content, but it’s limited because it requires people to categorize whatever they’re sharing. Snapchat’s doing something similar with an automated system that requires no user effort.

“Story Explorer relies on technology developed by our research team to provide more depth to every Snap in a Story,” the company says in its blog post. “When you see a moment that inspires or excites you, simply swipe up to see more Snaps of that same moment – from every perspective.” Who needs hashtags?

It will be interesting to see how Snapchat’s users respond to having their Snaps made available to anyone who swipes up on something shared to a Live Story. Despite the app’s utility as something more than a sexting service, its beginning as a private and ephemeral social network doesn’t lend itself to features like this.

Update: Story Explorer doesn’t surface private content; it only shows Snaps that have been shared to Live Stories. This could expand a Snap’s potential audience — its entire purpose for being is surfacing more content — but it won’t take someone’s private communications and make them available to the public.

Not from the person sharing the Snap’s perspective, anyway. For everyone else this little bit of communal voyeurism makes perfect sense. Why view something from one angle when you can view it from a thousand? And who cares about how Snapchat began if this is what it is now? The first answer’s clear; the second isn’t.