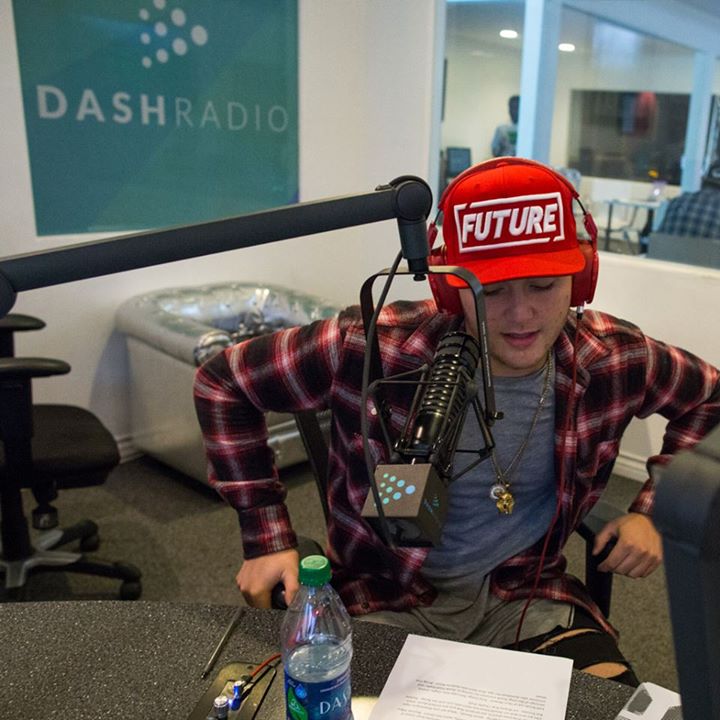 Having Apple launch what’s essentially a copycat version (Beats 1) of Dash Radio’s human-curated digital radio service didn’t cause founder Scott Keeney (aka DJ Skee) to lose confidence in what his startup was doing. Instead, he estimated that Apple’s entrance as a competitor would be more positive than negative.

That was nearly six months ago. Since then, Keeney’s words have proved true, with Dash Radio doubling the total number of subscribers to more than 3 million. Dash told Gigaom that 2.5 million of those are active subscribers, or users that spend an average of 30 minutes per session listening to one of its 65+ human-programmed radio stations over the course of a month. (The company didn’t reveal how many sessions per month its users have, however.) Dash said it hasn’t spent much to market the service to drive that growth since launching, which I believe. The startup has only raised $2 million in seed funding to date, and doesn’t monetize with traditional advertising or monthly paid subscriptions.

Dash Radio initially launched in 2014 after Keeney became disillusioned with the compromises both terrestrial and satellite radio were making to support advertising. Because of this, radio has been pronounced dead by many people over the years, especially with the rise of Internet-connected cars with preloaded music services like Spotify, Pandora, and Rdio.

You’d think radio was dead, too, if every listening experience you had over the last decade was basically circling through several genre-themed music stations — all of which present listeners with a guided list of approved or recommended songs from big labels, intermixed with periodic commercial breaks featuring irritating audio ads and DJs who sound like they’re paid minimum wage when on the air. That means streaming music services that simulcast terrestrial radio broadcasts aren’t much better. On top of that, there are now plenty of free streaming alternatives that offer greater control over the listening experience.

But those popular streaming services don’t really recapture the thing that made radio great in the pre-Internet era of music, according to Keeney. And casual human curation via shared playlists (a popular staple of Spotify) also falls short. “People don’t have time (or even want) to sit down and create a playlist with all the appropriate music,” he said, adding that most streaming services just feel hollow when you don’t know exactly what you want to hear.

Part of that is due to control. Dash Radio lets you switch stations, but that’s all the control you get over the content. You can’t skip, pause, or influence the playlist on Dash. The stations themselves are programmed by well-known artists (Snoop Dogg, Odd Future), magazines, celebrities, long-time radio personalities, and folks who are just really good at directing you towards interesting music.

But alas, Dash still needs to make money somehow. To do that, the service is focused on a mix of different revenue sources including a white-label version of its platform for celebrities and brand-sponsored stations. Both of those efforts also add value to Dash in the form of curated content that’s available in the station line up. For instance, the most recent example is a Halo 5: Guardians brand station from Microsoft, which features cinematic music tracks from Halo.

The next phase of growth for Dash Radio will largely involve partnerships to increase its distribution in connected vehicles, smart TVs, smart home audio systems, and other devices that cater to those looking for streaming music services. Dash also wants to extend an olive branch to music labels to potentially generate revenue.

“We think there’s a place for the labels, the big streaming services, and in future updates you’ll even see [integrations] that let you save or add songs you hear from a station on Dash,” Keeney said. “But we think radio curated by real people is still the best way to discover new music and hold your attention.”