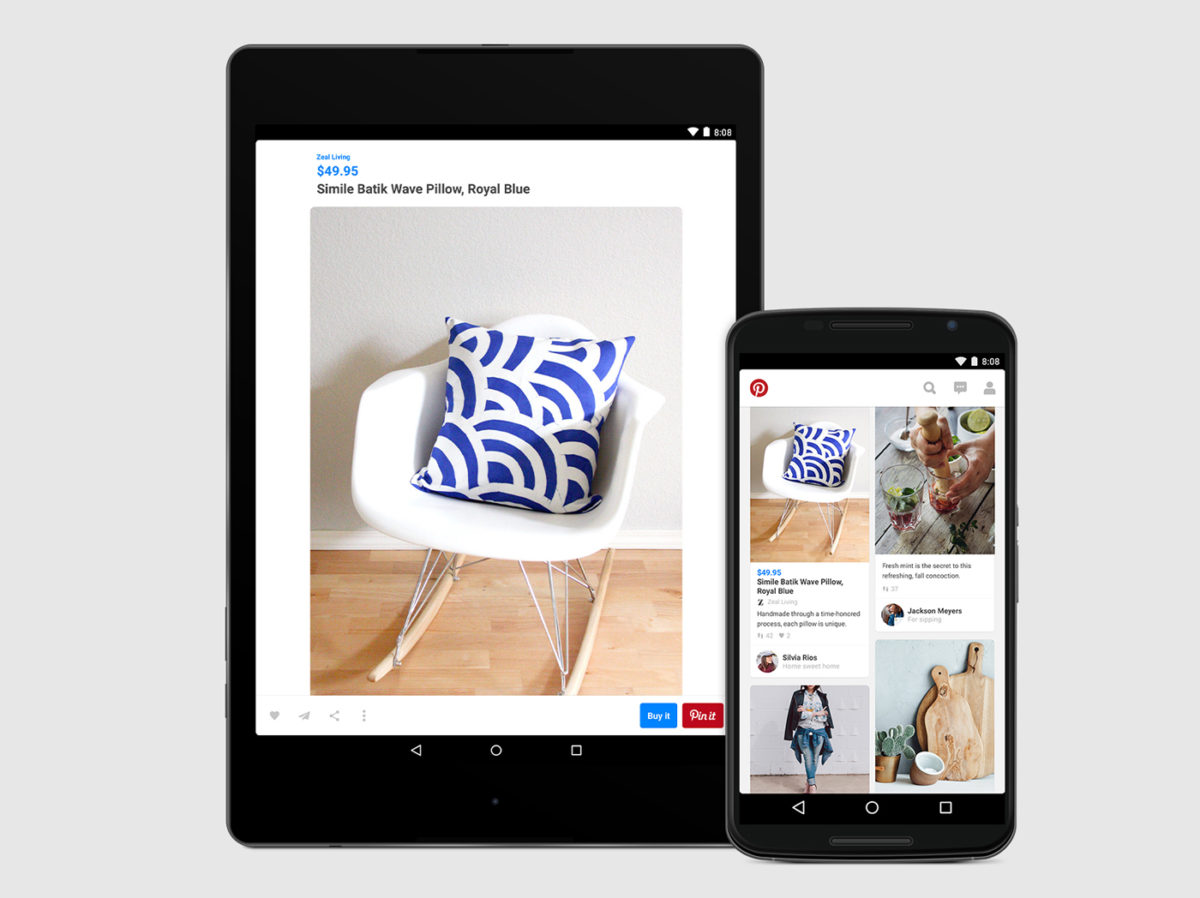 Pinterest has introduced a dedicated shopping area to its mobile apps to promote the so-called “buyable pins” added to its service earlier this year.

Pinterest says it will be rolling out the dedicated shopping section to both iOS and Android smartphone users over the next couple of weeks. It will feature products from retailers that are experimenting with Pinterest commerce.

“Now you can shop the best of Pinterest at our brand new Shop,” Pinterest says in a blog post. “Stop by every day for new collections—from entertaining essentials to cozy winter accessories—hand-picked by us at Pinterest.”

The company name-drops Bloomingdale’s, The Citizenry, Nordstrom, and The Heist as some of the brands that can be found in its new shop. (The exact number of companies testing Pinterest’s buyable pins hasn’t been revealed.)

This update is part of the buyable pins’ rollout to Android smartphones. The commerce feature, which is supposed to convince Pinterest users to buy the goods they find on the service, was previously exclusive to iOS and the Web.

Pinterest said in June that “30 million Pins all over Pinterest” would be converted into buyable pins. The company isn’t yet taking a cut of the revenues drawn from its users, or charging a processing fee to merchants.

It’s only a matter of time before that changes, though. Social networks don’t introduce features that involve money out of the kindness of their hearts — they do it because they’ll eventually want a slice of that pie. Introducing a dedicated shop is probably a sign the company will soon take that slice.