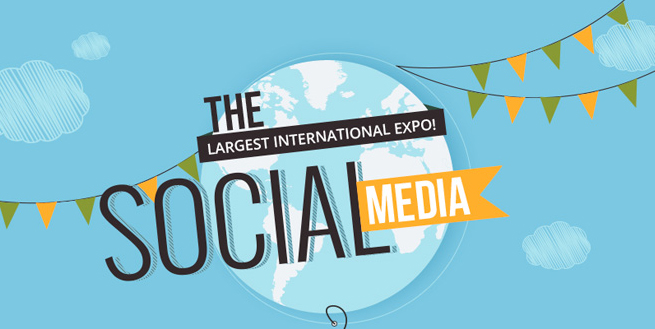 Over recent years, there have been a number of changes that have helped to revolutionise our lives, particularly online. One of the things that have made a huge difference to the lives of people all around the world is social media. This is something that has helped not only general internet users but also business users, as social media platforms have expanded to make life easier in many different ways from communications through to branding, marketing and more.

A very informative infographic has now been put together by VoucherBin, and this provides important details relating to the use of social media and its evolution. Of course, social media is used all around the world by people wanting to communicate with friends and family but as the infographic shows that is far more to these platforms than just communication. They can be used for all sorts of things such as finding out more about entertainment options, new products coming onto the market, getting help with finding a job or even catching up on the latest celebrity gossip.

You can find out more about the different social network platforms, such as Facebook, Twitter, Pinterest, Instagram and Linkedin. You will also see how the popularity of social media platforms has continued to increase between 2010 and 2015, with all sites experiencing growth in terms of active population.

The inforgraphic also details important information relating to business, such as how marketers use social media for more than six hours each week in order to further their marketing efforts. 20 percent of people have also admitted to making stories up for use on social media so that their posts are more attention-grabbing. A surprising figure that is detailed in this infographic is that each month Google+ receives 48 percent more visits than Facebook with 1.2 billion as opposed to 809 million.

Another thing you can read about is how recruiters are now using social media more and more, and how social media has helped to make product launches and promotions far more successful. You will be able to compare the figures between different platforms when it comes to promoting brands and products and you’ll see how event organisers are making use of these platforms too.

The entertainment world also relies on social media, and you will be able to learn more about how people were posting on these sites following major awards events such as the Oscars and Grammy Awards. You can also find out more about which celebrities are major users of sites such as Twitter and which events have managed to result in the accumulation of millions of posts and tweets.

An interesting twist to the inforgraphic is that it also provides information on the downside of social media as well as the more positive side. This includes figures on company responses to consumers via social networks, what percentage of posts such as tweets are ignored and how many users of certain social networking sites are actually active.