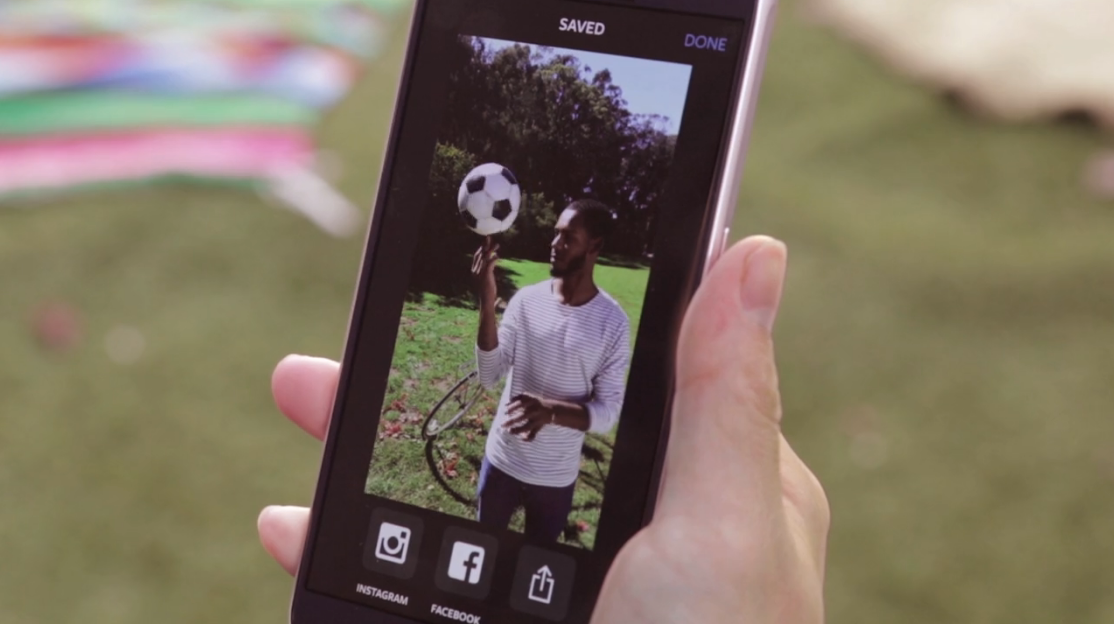 Instagram has released a new standalone application called Boomerang. It allows users to share 1-second video clips with their friends, effectively taking the “don’t-call-them-GIFs” animations from Vine and chopping them into sixths.

Boomerang “takes a burst of photos and stitches them together into a high-quality mini video that plays forward and backward,” according to the blog post announcing the app, automatically saving the result to a user’s camera roll. The brief animations can also (of course) be shared to Instagram’s main app.

Boomerang users won’t have to sign in to Instagram to use the app, according a TechCrunch report. It’s supposed to be a lightweight tool that does one thing — capture a short video — and one thing only. Instagram users who see a video made with Boomerang in their feeds, however, will be shown a link to download the app.

This is the third standalone application Instagram has introduced since it was acquired by Facebook. The first was Hyperlapse, a video recording app that makes it easy to shoot time lapses and other edited videos; the second was Layout, which allows people to share photo collages to Instagram proper.

All of these apps could have been included as features in Instagram’s primary app. But, as I explained when Layout was announced, breaking them into pieces makes it easier for Facebook to lay claim to more of a person’s home screen:

Facebook knows that a smartphone home screen has limited space, and if it manages to make at least some of [its copycat services like Slingshot or Rooms] stick, it can take control of mobile devices without having to make its own platform. Until then, all it has to do is rip various aspects of its service out from its ‘big blue app.’

That’s where Instagram comes in. The service was so simple when it was acquired that many additional features can be introduced as standalone apps and explained away by claiming it doesn’t want to make things complicated. It gets to take over people’s smartphones, those people get access to new apps, and Facebook gets to control even more of the home screen. Everyone wins.

Sure, Boomerang mimics something the new iPhones can already do with Apple’s Live Photos. (That might be part of Boomerang’s appeal, actually; no need to buy a new phone just to make fancier animated GIFs.) Sure, the videos are shorter than Vine’s and make it seem a bit like Instagram’s playing catch-up.

But that won’t matter if people have fun with Boomerang. Instagram has enough users who want to find new ways to express themselves that it can probably get thousands of Boomerang downloads in just a few short hours. Then Instagram is happy, Facebook is happy, and consumers are happy. That’s how companies take over a home screen — one quirky little app at a time.