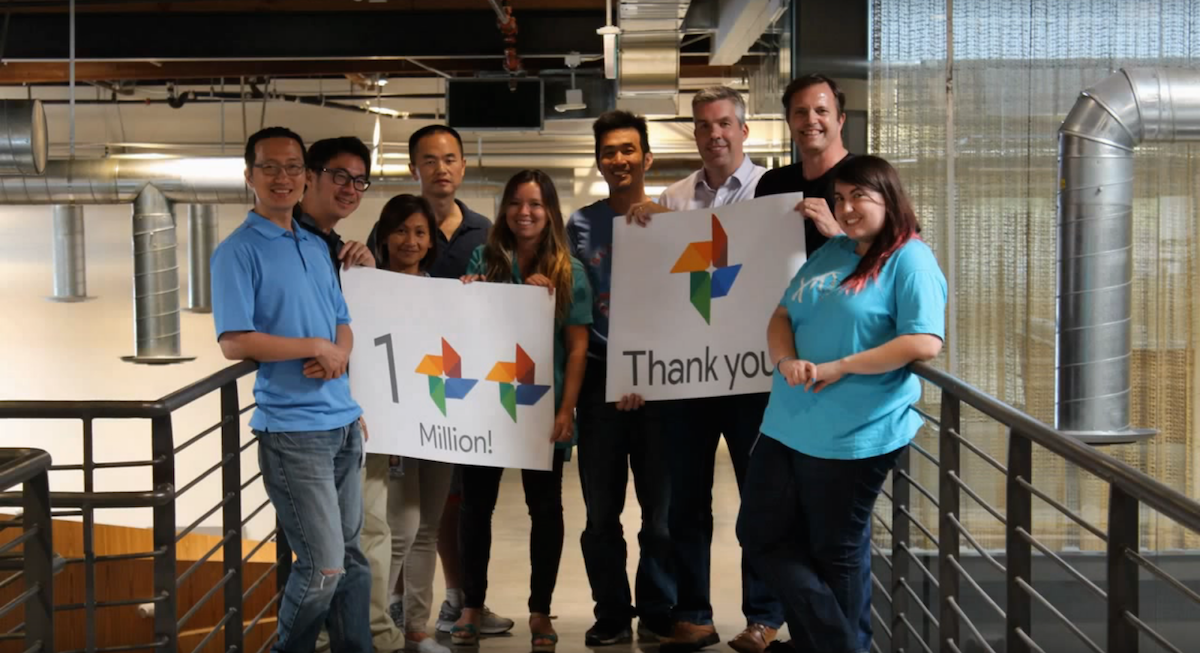 That doesn’t seem like much compared to Instagram, which has more than 400 million users, or Facebook’s 1 billion users. But it compares favorably to Flickr — the most recent figure offered by that service says it’s used by 112 million people — despite launching more than a decade after its primary competitor debuted.

It’s still remarkable that Photos has reached so many people in such a short time. Not that it’s surprising: Google+ was often hailed as a great way to manage pictures, and cutting that functionality out of the all-but-defunct social network gave people a way to enjoy the tool without having to bother with Google+ itself.

Photos has another thing going for it — a lack of competition. Besides Flickr, and the iCloud photo-management tools available to iPhone owners, there really isn’t much of an image backup market. Google has won simply by virtue of its ability to offer a service like this without needing it to make money right away.

This wasn’t always the case. Loom was acquired by Dropbox, which shut down its service after the deal closed. Everpix closed its doors because it couldn’t afford the cost of saving photos to Amazon Web Services. StreamNation bought Picturelife for an undisclosed sum. If the last few years have taught us anything, it should be that independent photo management services are fleeting things.

That leaves people with a few options: Hope that an indie service won’t fold after it becomes popular; use whatever backup tools come with their phones; or sign up for Photos, which has the full support of a company that doesn’t have to charge for most of its products because it draws most of its revenues from ads.

Of course, that means all the images saved to Photos will be analyzed. (The listicle in which Google announced Photos’ popularity included data about what people take pictures of and search for.) But the company has already proven that most people consider this a small price to pay in exchange for nice services.

So welcome Photos as it ascends the throne of photo management tools. Sure, that throne was built on the ashes of other companies that have tried and failed to establish viable businesses in this category, which is so costly to support that all but the largest companies have been forced out of the running. But I suspect that won’t ruin Google’s celebration, or hinder Photos’ continued rise in users.