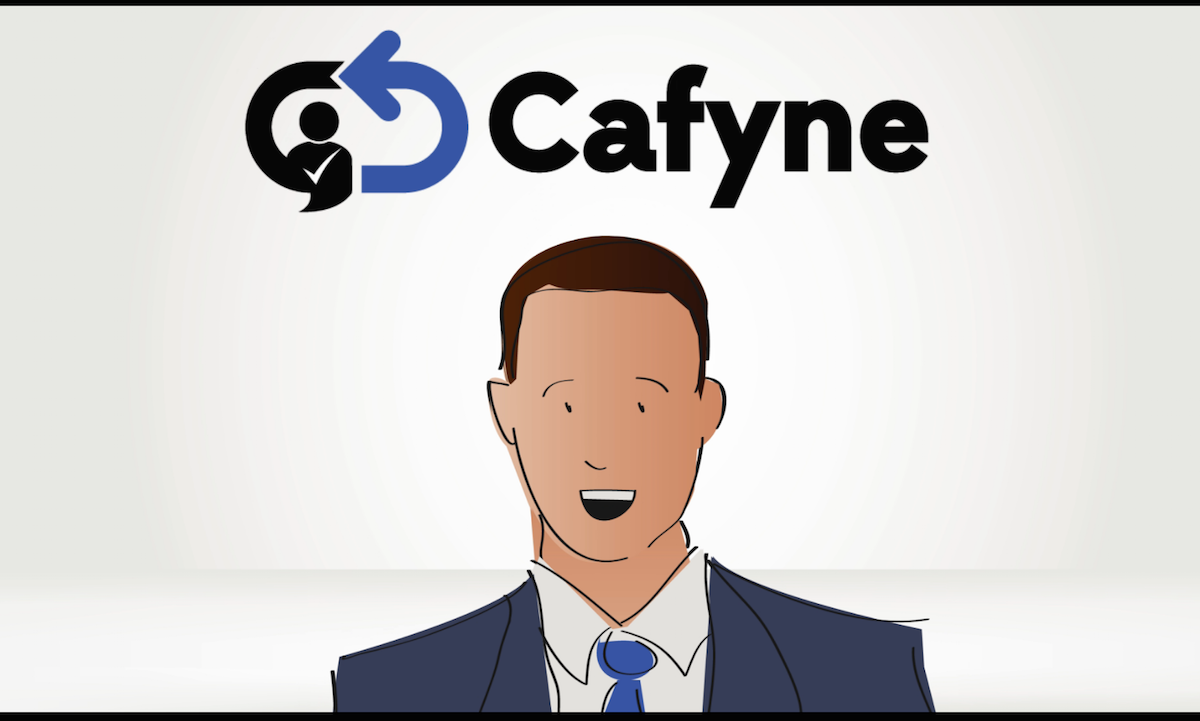 In 2015, to be a brand on social media is likely to live in fear of the social media gaffe: that most damning, tone-deaf or downright irresponsible mistake that goes viral and sends PR departments into prolonged frenzies of containment and damage control.

From the Delta giraffe gaffe or the infamous US Airways image mix-up (also, what’s up with you, airlines? Are you guys alright?), brands and their employees have to toe a pretty thin line when it comes to putting brand-representative content out into the ether. Those social media woes only multiply when you’re talking about regulated industries like healthcare, financial services, real estate or government organizations.

And yet, social media remains one of the most powerful tools in an organization’s arsenal. Most brands can’t afford not to be present online.

Cafyne is a new social media monitoring and management tool, designed for use by brands that have complex policies to navigate and aims to help brands stay compliant while reaping the benefits that come with a strong social media presence.

“What Cafyne does is bridges that gap,” says founder and CEO Rohit Valia. “It provides a simple way to be safe, follow all of the regulatory guidelines and tap into the social media opportunity.”

How, you ask? Cafyne’s has developed libraries that include the policies from regulatory bodies like the FDA, FTC, and SEC, along with regulatory measures like HIPAA, COPPA, and the Digital Millennium Copyright Act. Those libraries feed into Cafyne’s policy engine, which also allows users to customize their social media rulebooks with their own policies.

“Organizations have the ability to describe their social media policies into the tool–essentially encode it–using pre-built libraries that we’ve provided for various kinds of use-cases,” says Valia. “Those policies are then applied to the posts as they come through the system in real-time and it will flag content that it deems in-violation of those policies.”

Simply put, Cafyne scans social media posts from all monitored channels for any red flags, based on the parameters set with custom policies and libraries in the policy engine. From there, Cafyne’s Compliance Rule Engine will alert channel managers to any potentially problematic or non-compliant posts.

There are other companies providing watchdog services for regulated industries, like NextGate, for example. NextGate includes a level of content management for brands, identifying problematic content, but also focuses on identifying fraudulent accounts and content that threaten brands. According to Valia, though, Cafyne’s strength comes from its unified platform.

“For those industries that have regulation requirements, it provides all of the things needed from a social media engagement and management perspective in the enterprise,” says Valia.

Cafyne doesn’t just raise red flags. Its software also includes reputation management, engagement and publishing tools. In some ways, it’s like the HootSuite for regulated industries that could use an extra level of protection in dealing with something as serious as HIPAA violations.

The other piece of the Cafyne puzzle is decided more human than its policy and compliance engines, though. Instead, it’s focused on humans. Specifically, employee advocacy.

Figuring that employees can be a brand’s greatest advocate, Cafyne allows channel managers to loop employee accounts into the management platform to monitor engagement and identify potential problems. At its best, this feature keeps everyone out of trouble and allows employees to act as brand advocates… if that’s what they want. However, it’s worth noting that this employee monitoring feature isn’t opt-in, which means that employers can monitor public social media accounts through Cafyne. This isn’t any different than an employer searching your name and finding your Twitter account (provided it’s attached to your real name), but it’s important to be aware that brands are increasingly monitoring the activities of its employees online.

And so, we come back to the age-old adage: “Be careful what you wish for…and post on Twitter.” And if you find yourself in doubt, maybe it’s worth consulting Cafyne to make sure you aren’t breaking the law and/or landing yourself in a major tweetstorm.