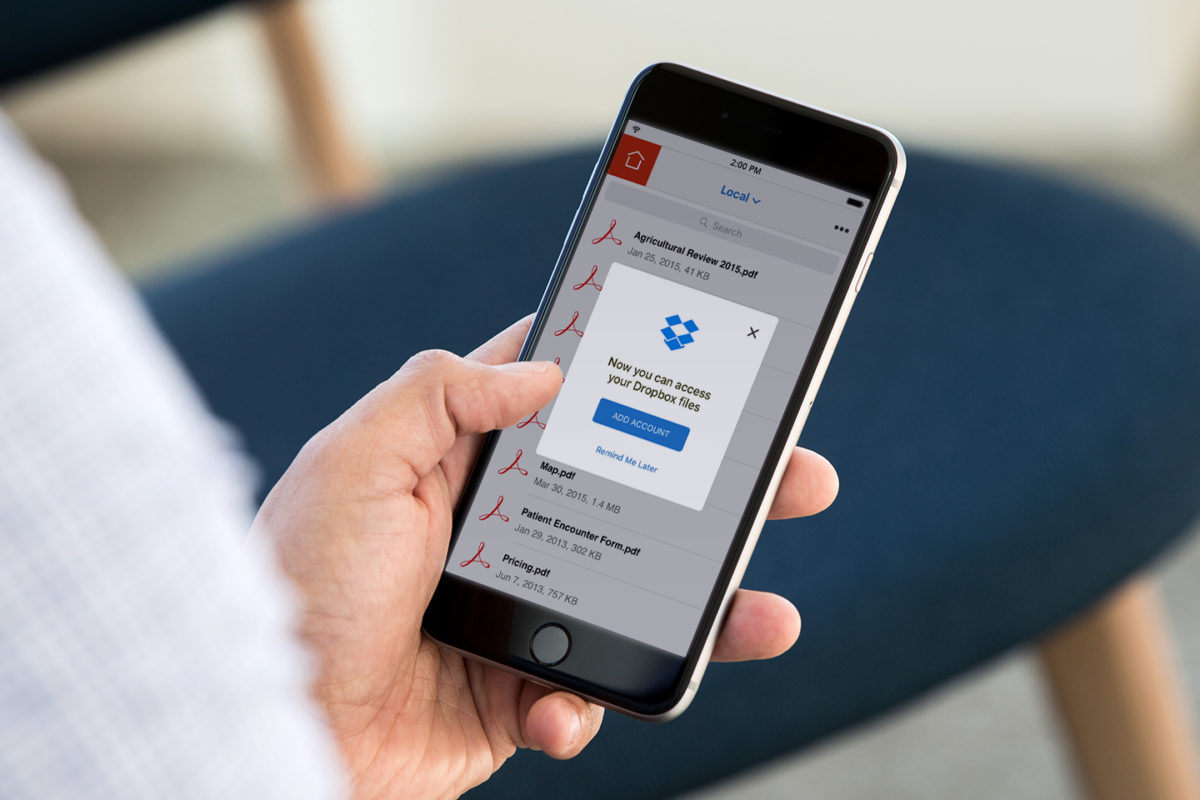 The PDF is the cockroach of file formats. Long after civilization has ended, an evolved form of one of the planet’s hardiest insects will attempt to read a PDF containing everything Homo sapiens learned before it went extinct. And it will not be able to do so because it’s using an outdated version of Adobe Reader.

Alright, so it might not be as dramatic as all that. But there is a certain sense of dread associated with PDFs: Even though many of us have to send them, I don’t think anyone’s ever particularly excited about having to work with them. Which is why Dropbox and Adobe have partnered up to make PDFs a little less terrible.

The partnership makes Dropbox the back-end for Adobe’s PDF-reading apps on Mac, PC, iOS, and Android. The desktop integration is available now; iOS will come next, then it’ll eventually make its way over to devices running Android. In doing so, it makes PDF transfer a little bit less of a hassle for office workers.

Dropbox can already open PDFs in the company’s mobile apps. But you can’t edit them (beyond renaming them, which is all but useless), which means they have to use other applications. Soon, instead of having to open Dropbox, find a file, then send it to another app, you’ll see everything right inside Adobe’s app.

This means you can do more with your PDFs, wherever you are. You won’t lose time waiting to get back to your computer to redline or electronically sign a contract, or add feedback to a design mock. And no more printing out a PDF, writing comments on it, scanning it, and emailing it as an attachment. Instead you’ll be able to open a PDF from Dropbox and edit it using the Adobe apps, then save and share your work easily through Dropbox.

That makes sense for mobile devices. But the integration on desktop is far less interesting. It’s not that inconvenient to locate a Dropbox file on a PC or Mac, and if you’re using a Mac you already have Apple’s PDF-handling app installed. It seems like this announcement was rushed out before its best part was ready.

Still, it could make things easier for some people who use Dropbox and Adobe Acrobat Reader (who knew they added the “Acrobat” in the middle there?) instead of any other combination of file synchronization service and PDF editor. The PDF is here to stay — we might as well take improvements where we can.