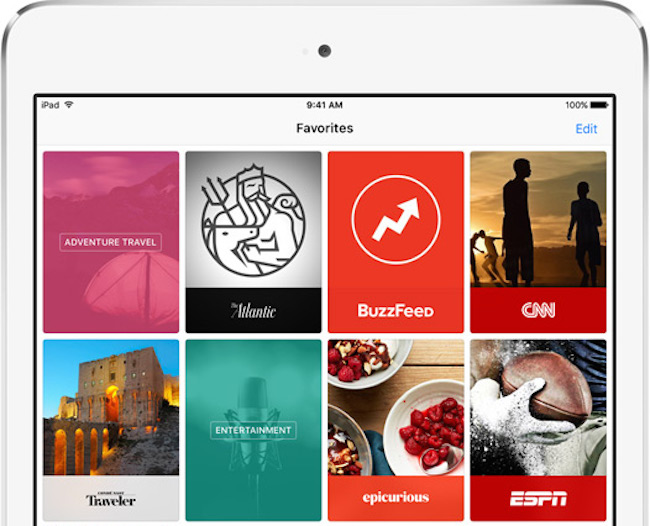 Apple is reportedly preventing the use of its Apple News service in mainland China — lending more credence to the idea that giving the company too much control over how news publishers reach their audience could have terrible consequences.

Pay4Bugs chief executive Larry Salibra said in a blog post that Apple News refused to fetch new articles, or show items that had already been downloaded to his device, when he took a trip from Hong Kong to mainland China last week. The issue seems to occur when someone uses a Chinese wireless network, which suggests that Apple is (or was) censoring portions of the service to appease the Chinese government.

Salibra showed that the censorship occurs regardless of whether someone allows Apple to collect information about their location, and isn’t tied to the device’s IP address. (Apple didn’t respond to Gigaom’s request for comment.) It happens as soon as the device connects to a Chinese wireless carrier, so unless someone is using their phone in airplane mode, there’s no good way to avoid the censorship.

This might not seem like a big deal; Apple News hasn’t officially debuted anywhere outside the United States, and the Chinese government’s efforts to control the information that enters mainland China aren’t exactly secret. But Apple’s ability to stop someone from reading an article already on their device, as Salibra notes, raises some serious questions about relying on Apple News. (The company has since disabled the entire Apple News service for anyone attempting to use it in China.)

“[Apple is] censoring news content that I downloaded and stored on my device purchased in the USA, before I even enter China just because my phone happens to connect to a Chinese signal floating over the border,” Salibra said in a Reddit post. He added that this is “much different than having your server blocked by the Great Firewall or not enabling a feature for customers” in certain countries.

People tend to get upset when something is taken from their devices, whether it’s Apple News censoring a free service or Amazon pulling “1984” from Kindles. These actions serve as reminders that regardless of what we think about digital media, be it an online article or an e-book, we don’t really “own” anything. It can all be taken away at a moment’s notice — and there’s nothing we can do about it.

When companies demonstrate their willingness to pull those digital products, either because they’re afraid of losing access to their second-most valuable market or because the item shouldn’t have been listed in its marketplace to begin with, those fears rise to the forefront. Apple just reminded the world how fleeting digital content can be, especially when it’s distributed via third parties.

Given Apple’s fight to show that the future of media is digital — sorry, I mean is apps”– that probably isn’t the lesson it ought to be teaching right now. Although, it should be concerning to see how far Apple may be willing to go to appease the government in one of its most lucrative markets.