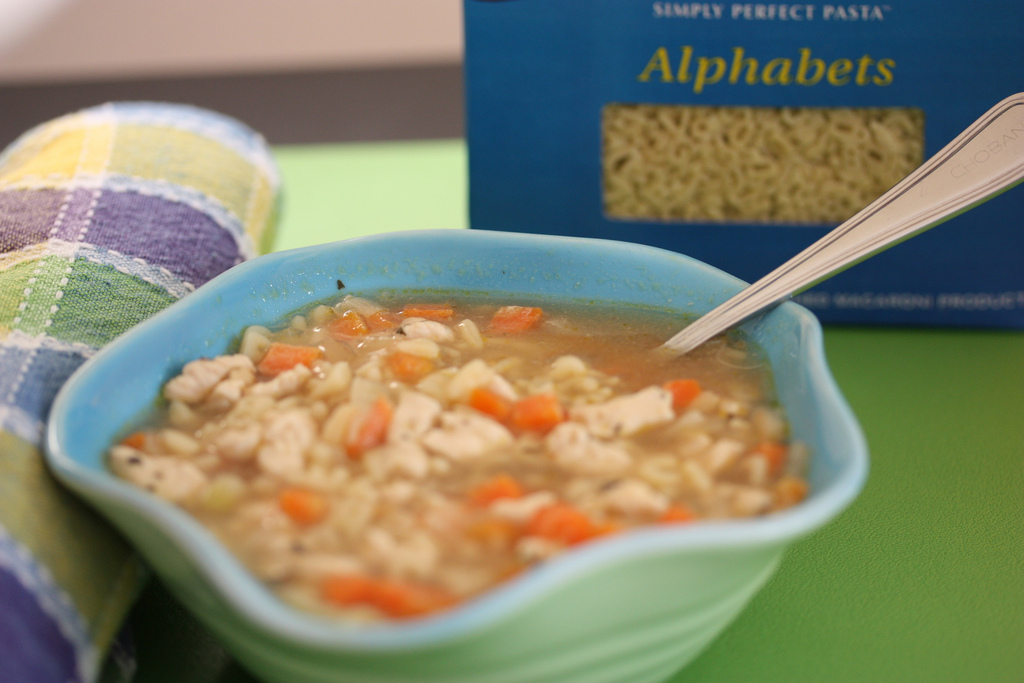 Alphabet isn’t even a week old, but that doesn’t mean we can’t stir the broth and see what might be in store for the company that runs Google and other, less-established businesses like the health-focused Calico and Life Sciences.

And whenever I stir that bowl of alphabet soup, I can’t help but eventually see T-W-I-T-T-E-R.

This might seem like a strange idea, given that Google all-but-extricated itself from the business of social by killing the only thing people liked about Google+, — that’s in addition to announcing that an account with the moribund social network will no longer be required to “share content, communicate with contacts, create a YouTube channel” or use Google’s many other services. But there are many reasons why it would make sense, especially now that the company formerly known as Google Inc. isn’t nearly as committed to a social network that was never a hit with consumers.

Rumors about Google acquiring Twitter have abounded since 2009. And since Twitter went public in November 2013, its share price has risen whenever rumors about an impending Google takeover percolate back to the top of Techmeme’s homepage as investors show their approval of such a deal.

A deal would also make sense because Google and Twitter have gotten closer in the last year. The two companies announced in February  that would bring tweets into Google’s search results — a rekindling of a relationship that smoldered out in 2011, when the companies’ original partnership expired.

There are other benefits to Alphabet acquiring Twitter. It would no longer have to worry about making money on its own — something with which Twitter has struggled in the past — and could instead focus on giving users the best-possible experience rather than capitulating to business needs.

And then there’s Twitter leadership, which has shifted every couple years since 2008. The search for a new chief executive seems to be all anyone is talking about when Twitter is brought up. In it’s new role as a holding company, Alphabet might be beneficial in preserving continuity while making sure the service continued innovating.

Twitter has long struggled as an independent company. Perhaps joining Alphabet’s pseudo-autonomous portfolio of companies could give it the support it needs without shackling it to another company’s interests.

Then there’s the impression that Twitter will become a lot more like Google+ now that it’s removed the 140-character limit from users’ direct messages. Until yesterday direct messages felt like a nearly forgotten add-on, almost as if the service preferred that its users share things in public instead of in private. (For proof, just look at Twitter’s restrictions on sending links via direct messages.)

Removing the 140-character limit from direct messages was, according to Twitter, one of its most-requested features. The character restriction is fine for the public feed; remove it, and all you’re left with is Medium. But people want a little more freedom to communicate however they please in private.

Combine that with the ability to message a group of people on Twitter and you end up with something that looks a lot like the “circles” that allowed Google+ users to share information with discrete groups of people. The two services are starting to seem less differentiated than they ever have before.

To be honest, this move is actually better than Twitter attempting to become the next Facebook. I’ve written in the past that Twitter’s a better copycat than Mark Zuckerberg’s blue juggernaut, but that doesn’t mean that trying to become more like Facebook will do Twitter any favors with most consumers. At that point, why wouldn’t they just keep using the same service as their friends?

On the other hand, Facebook seems just as determined to copy Twitter. Business Insider reported earlier this week that Facebook is working on a “Twitter-like app” that would let publishers “send mobile breaking news alerts to the masses.” Twitter has the advantage here; it should use it. (And it should probably do so before Facebook figures out how to make Twitter a feature within its own service.)

Besides owning a social service that doesn’t remind people of a graveyard whenever they visit, an Alphabet-owned Twitter would be in a much better position to compete for social advertising dollars currently being hogged by Facebook.

Additionally, Alphabet could give its other properties full access to all the information shared on Twitter (perhaps even the info contained in direct messages, similarly to how data is collected from Gmail). Provided there are mechanisms allowing Twitter users to keep their data out of the hands of any acquirer, — which I’ll admit is far from a given — it seems like most of the parties involved would get what they want. Alphabet gets more data and a better position on social media. Twitter gets to focus on itself, and Twitter users get the product they want.

For those who decide to let Alphabet keep their data, it isn’t hard to imagine a world where Twitter’s ads are more relevant than ever before. (Surely I’m not the only person who sees promoted tweets unrelated to any of his interests.) Then, tie the advertising infrastructure into Google’s services, combine some of the data Alphabet has from those that use Google products, and watch the social ad revenues trickle in.

But even if Alphabet elects to keep Twitter data separate, it could be successful in driving more regular activity to the service. One of Twitter’s biggest problems is that not enough people are signing up, and many of those that do never return. Being connected to some of the most popular services in the world — from Google search and YouTube, to AdWords and Gmail — couldn’t hurt matters.

No matter how Twitter is related to Alphabet’s other advertisements — whether it’s helping its parent company show them or taking advantage of them to get more users, or convince people to give it another shot — it isn’t hard to see that the companies will probably work better together than apart.

Plenty of others have pointed out that a Twitter sale just doesn’t seem likely, whether it be because of anti-trust concerns or because it doesn’t seem like a “Larry-sized problem.” That doesn’t mean it still wouldn’t make a lot of sense, especially if this Alphabet restructuring means slimming Google down to what its best at. Pushing social — and in some instances media (news aggregation, user-generated video) — to a company that’s primarily concerned with social could strengthen Alphabet’s main source of revenue, Google.