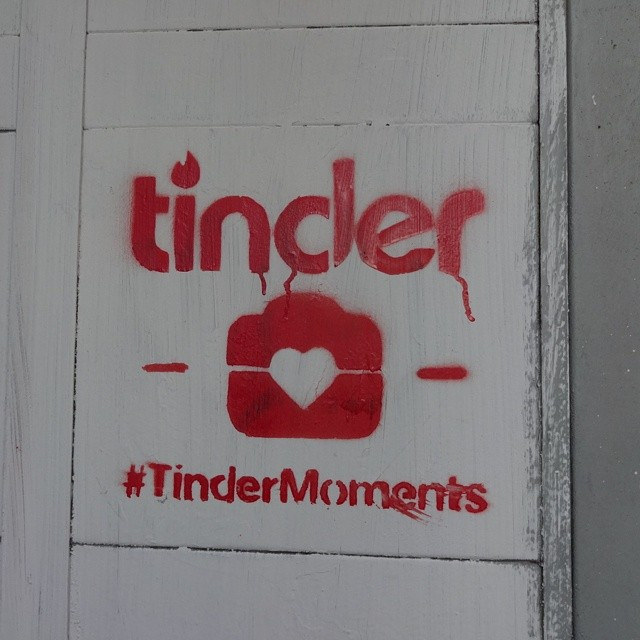 Tinder, a company that became popular by making it easy for people to reject potential mates, doesn’t deal well with rejection. Surprising? Maybe. Unfortunate for a company that claims it wants to remove barriers to making social connections? Definitely.

By now, you’ve probably heard about the late-night tweetstorm Tinder wrote in response to a Vanity Fair article claiming the swipe-centric service has led to what one of the piece’s millennial subjects called the “dating apocalypse.”

Others have already fact-checked both the Vanity Fair article, which stands accused of ignoring a nationally representative study in favor of a narrative informed by a series of anecdotes, and Tinder’s fevered response to the piece.

But another angle worth considering is whether or not Tinder, which is scheduled for an initial public offering alongside sister companies Match and OKCupid, did itself any favors by publicly responding to Vanity Fair’s story.

Tinder owner IAC said in June that it plans to spin off the Match Group — the division that houses IAC’s dating, fitness, and education-focused brands — as its own publicly-traded company during the fourth quarter of this year.

Of the brands managed by the Match Group, Tinder is expected to be one of the primary drivers of the newly-public company’s stock price, according to a MarketWatch report that examined investor interest in the prospective IPO.

Business Insider reported in July that Bank of America-Merrill Lynch said a “bullish scenario” could result in Tinder receiving a $3 billion valuation, given the increasing number of people willing to pay for its premium service.

Given all that, it’s understandable that Tinder would want to combat any negative publicity. Yet doing so with an apoplectic tweetstorm filled with dubious claims is strange (North Korea? Really?), and turned what could have been a single article about its place in society into a veritable flood of critical news coverage.

Why call more attention to a critical article? And, perhaps more important, why attempt to refute its contents with easily-debunked claims about your service being popular in a country where many people can’t use the Internet?

The short answer is that it won’t matter in the long run. Tinder’s users couldn’t care less about the Vanity Fair article, and might never have heard about the company’s response to it were it not for all the coverage it received.

Vanity Fair’s piece makes this clear even as it’s arguing that Tinder signals the end of dating. What are the majority of the story’s subjects doing while answering questions about their Tinder usage? Swiping through potential matches, reading messages out loud to their friends, and otherwise using Tinder.

While I can’t know what many of those same people were doing when the story was published, I suspect they were merely continuing to swipe, barely pausing with their thumbs poised above their phones before Tindering on.

Investors are unlikely to care, either. Tinder’s growth is solid, its users are obviously hooked, and the company’s swipe-to-act user interface has been copied ad nauseum. Tinder is ubiquitous; a negative story in a magazine read mostly by 45-year-old men probably isn’t going to change any of those things.

It’s fun to mock Tinder’s reaction to Vanity Fair — as well as the piece that inspired it — now. But most people have already forgotten, or perhaps never even knew, about all this hubbub, making it little more than a spectacle.

Tinder has not yet responded to a request for comment on this story.