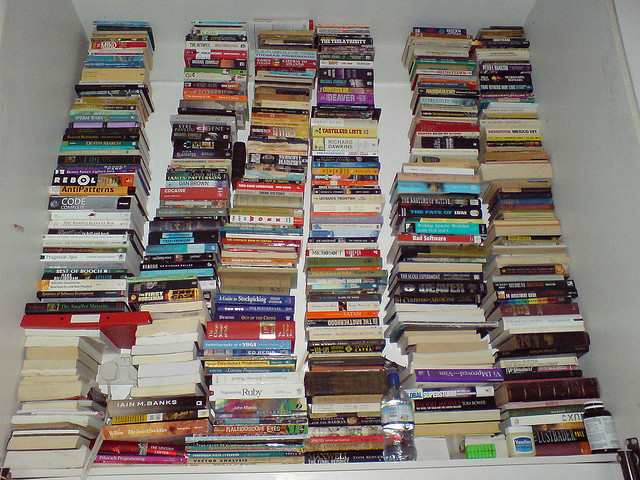 The Authors Guild took its latest courtroom swing in a decade-long dispute over Google’s decision to scan millions of out-of-print books and, based on the judges’ questions, the hearing could be its swan song.

In a crowded Manhattan court house on Wednesday afternoon, three judges of the Second Circuit Court of Appeal appeared to give little weight to the Authors Guild’s contention that Google’s book scanning should not be considered fair use under copyright since Google might profit from the scanning.

“The classic fair use cases are commercial,” said Circuit Judge Pierre Leval. “I would be surprised if you’re going to win this case by pleading that Google, like the New York Times, is profit [oriented].”

Leval added that quintessential fair use examples such as news reporting or book review quotes are performed by profit-seeking companies, and the case should be no different if the company is a search engine.

The focus on the commercial character of the scanning represented a shift from earlier arguments, which had turned almost entirely on whether Google’s massive Books project was “transformative.”

The shift comes after Judge Denny Chin awarded a decisive victory to Google in November of last year by throwing out the Authors Guild’s class action suit, after concluding Google Books was “highly transformative.”

The court also appeared skeptical of claims by Authors Guild lawyer Paul Smith that Google Books undercut authors’ opportunity to profit from inclusion in online databases — a so-called derivative right. Judge Leval dismissed Smith’s argument that there was a market for access to such a database, and that some people would pay for a license to the Google Books repository.

“That’s not a very useful test,” said Leval, noting that it’s always possible to find someone who would pay a small license fee in order to avoid potential legal headaches.

The counsel for Google, Seth Waxman, meanwhile told the court that the company had spent $125 million on the scanning project, and that the revenue it earned from an earlier advertising scheme was so negligible that it discontinued the program.

The Authors Guild’s attempt to persuade the appeals court to overturn Judge Chin’s fair use decision on the basis of market harm fell flat. But it did get a more sympathetic reception in regards to how universities, which provided Google with the access to books for scanning, might treat the databases.

Under the terms of their book-scanning contracts with Google, schools like Stanford and the University of Michigan obtained the right to receive a digital copy of each book. (Many schools then combined their respective copies in a corpus called the Hathi Trust, which the appeals court recently concluded was fair use.)

On Wednesday, however, the judges asked if the terms of the Google contracts could change, and result in the schools’ granting more liberal access to their respective collections, and ultimately infringe on the authors’ rights over the books.

Waxman noted, however, that the contracts required the schools to comply with federal copyright law and that, in any case, the question was outside the core issue of whether the Google Books scanning was fair use.

The Author’s Guild lawyer also raised the specter of hacking, invoking the famous case of “activist hacker” Aaron Swartz, who suffered federal prosecution after he downloaded thousands of journal articles from servers at MIT.

“This is the kind of thing that’s in the air out there and universities are prime targets,” said Smith, the Authors’ Guild lawyer.

Waxman countered that any literary-related hacking attempts were unlikely to target the works scanned by Google, which are mostly decades old and out of print. He added that Google waits two years before adding any new books to its database, meaning “the latest Harry Potter” — which Judge Leval invoked repeatedly — would not be available to would-be hackers.

A ruling is likely to come sometime in January or February. The Wednesday hearing was attended by a number of Googlers and prominent copyright lawyers, including scholar Bill Patry, Google lawyer Fred Von Lohman, and Alec MacGillivray, who is now deputy Chief Technology Officer at the White House.