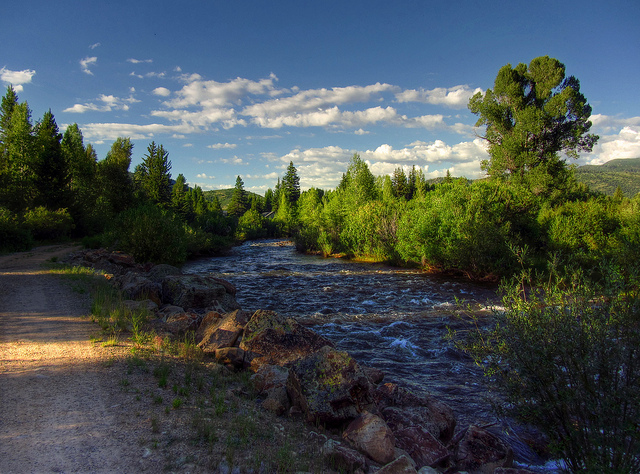 While graphene might be wonderful for the future of electronics, it turns out that it might not be so wonderful for the future of the Earth’s lakes and streams. A team of University of California-Riverside researchers found that a form of the material moves easily through surface water, improving the chance that it ends up inside a living creature.

Graphene, which scientists could some day use to create super-fast computers and more efficient solar panels, is just an atom thick. Studies have suggested that nanomaterials like graphene can work their way into lung tissue and the bloodstream, where they could have a toxic effect or cause other damage. One study out of Brown University even showed that jagged pieces of graphene can pierce human cells and derail their normal functions. Silicon, the material that currently dominates the electronics industry, is nontoxic.

“The situation today is similar to where we were with chemicals and pharmaceuticals 30 years ago,” paper co-author Jacob Lanphere said in a release. “We just don’t know much about what happens when these engineered nanomaterials get into the ground or water. So we have to be proactive so we have the data available to promote sustainable applications of this technology in the future.

Lanphere’s study compared the mobility of graphene oxide, a combination of graphene and oxygen, in surface water versus groundwater. It found that under the surface of the Earth, graphene oxide eventually settles to the ground and is removed. In surface bodies of water, it moves more easily and does not break down.

Further tests of graphene’s effect on the environment and organisms will need to happen before the industry knows exactly how to handle the news. Graphene actually makes an excellent water filter as the only thing that can pass through it is water, so there is actually a chance graphene filters could be used to remove any rogue graphene oxide before water is returned to the general supply.