Lanham Napier is retiring from his position as Rackspace(s rax) CEO, the company announced Monday, just before its fourth quarter earnings call. Company chairman Graham Weston will step back in as CEO, a position he held from 1999 to 2006 before turning it over to Napier. Weston characterized his post as an interim position while the board finds a long-term successor.

The C-suite at Rackspace, San Antonio, Texas,  has been in a bit of flux of late. In July then-president Lew Moorman stepped down due to family health issues, and Napier took over his duties. Last month, Rackspace named sales exec Taylor Rhodes as president.

The market was unsettled by the news of Napier’s departure, falling sharply in after hours trading. 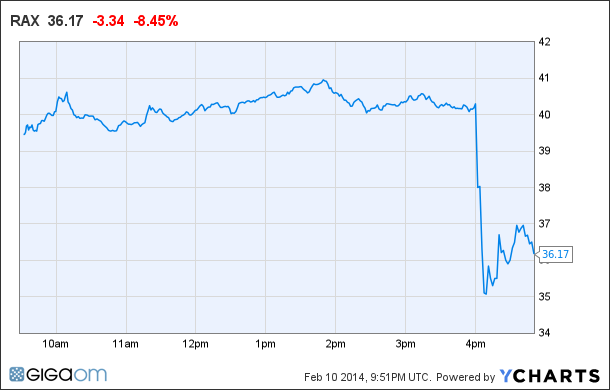 The largest global public cloud providers all have services that provide customers with a vSphere cluster inside the provider’s data center. These…

Developed in-house from the ground up and released in February 2019, Grey Matter is an enterprise-proven, universal service mesh networking platform offering…

Kubernetes is the de facto standard for container orchestration, and it’s being used by born-in-the-cloud startups and cloud-native enterprises alike. In 2021,…

Application performance monitoring (APM) is an IT tool that seeks to understand how applications react when in use, and diagnose problems to…