A few weeks ago when Twitter (s TWTR) launched its public offering, many were wondering why the company had not priced its stock higher, and some were amazed that it had left nearly a billion dollars on the table. While they were right to ask the question, what they didn’t understand was that Twitter was doing what it was supposed to do when it priced its stock at $26 a share.

That price not only allowed Twitter to meet its own objective — to get over a billion dollars for selling a tiny piece of the company — it also allowed its employees to feel great about the company. It also meant that the stock had enough room to climb higher, which in turn ensured positive press around the company.

But most importantly, it allowed its large institutional investors to buy up bigger positions in the company in the open market at a price that made sense to them. As an investment banker who is involved in the IPO market explained to me: if Twitter had priced at $27 a share, it would have upset the math for long-term owners, who are looking to acquire a certain amount of a stock at what they think is the aggregate share price. 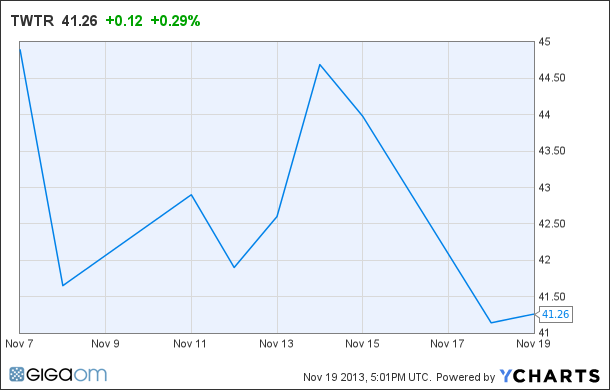 Twitter, in fact, was the perfect technology offering. There is a lot of buzz around the company, and it was and continues to be constantly in the news — something Wall Street loves. Twitter management also tells a good growth story: sure, it isn’t growing users as quickly as it should, but it has shown the ability to grow its annual revenues by almost 50 percent. And it only allocated a tiny sliver of the company to be sold in public markets. As a result, it was able to pack its list of early investors with long term buyers, some trade-happy hedge funds and still had enough left over for retail investor. It was a remarkably well-managed offering and they found the elusive tipping point.

Henry Davis, a former investment banker who now works for Index Ventures, said in a blog post for VentureBeat:

Every allocator in an IPO is looking for a mix of investors in the book that will give a balance between long-term holders, who provide price support going forward, and short-term holders who provide immediate liquidity. This is a difficult line to tread. The company often dislikes having hedge funds in the book, as they mistrust their motives. But hedge funds create liquidity and if you have too many long only funds that intend to hold at flotation, you can create a short-term squeeze on the stock.

Zulily (s ZU) is another example of a properly managed technology IPO, from a company which might be short on buzz but has a very stable business and is

growing at a pretty nifty clip. The Seattle-based-based online retailer went public on November 14, 2013 and sold 11.5 million share at $22 a share, in the process raising about $253 million. It managed to climb during its first day of trading to $37.70 a share, or up about 72 percent, ending its debut day with a market capitalization of $2.8 billion.

It might not be Twitter, but Zulily proved that it wasn’t a slouch. Like Twitter, it too raised the final offering price from the original filing range of $16-to-$18 a share: a price file-to-offer gain of 29.4 percent. One of the reasons is the company has posted year-to-date sales of over $400 million and  it has shown 100-percent sales growth for every quarter since 2010. Deutsche Bank research shows that since 2011, only three tech companies went public with projected growth of 100 percent with sales of $250 million or more. Twitter is another one of the companies that falls in that category. In short, Zulily is the kind of company buy-and-hold investors simply love.

As my investment banking sources explain: if you are an internet company or a software company looking to tap the public market, make sure you show strong top-line growth in excess of 50 percent in revenues and you are on easy street. Top-line growth ensures long-term holders, they pointed out. The buysiders are getting more discerning and focusing on fundamentals.

Chegg, it seems, is not one of those companies — which is perhaps why its stock collapsed on debut. The company went public on November 12 at $12.50 a share. It sold 15 million shares and garnered $187.5 million from the public markets. It too raised the final offering price from the original filing range of $9.50-to-$11.50 a share: a price file-to-offer gain of 19 percent. It closed the opening day at $9.68 a share, down 22 percent from the offering price. (It has since slid further south to about $8.82 a share.) It had the worst first day performance of any tech IPO in nearly three years.

What happened? Multiple things! The company’s revenues aren’t growing fast enough and the losses aren’t evaporating either, despite being in business forever. The company primarily makes money from textbook rentals which is essentially a very low-margin business. Its customers — college students — churn pretty fast and they are very price sensitive. On top of that, the company has to keep plowing a substantial portion of its revenues into buying more titles for rentals. It has started to move in new directions — digital rentals are slowly kicking into gear and it is focusing on high school students via its acquisition of Zinch in 2011. Still, things aren’t moving fast enough. Over past 12 months, Chegg had sales of around $200 million and is estimated to grow 24 percent next year. 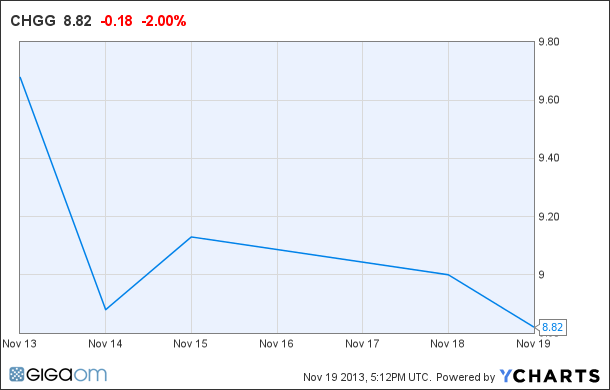 At the same time, market sources say that its promoters were telling prospective buyers that the book for Chegg was oversubscribed. Such confidence often leads to more speculative activity and as a result lot of momentum buyers like hedge funds buy into the stock. Many assume that the stock will pop after opening, after all the initial demand for the stock before its public sale was so high. Unfortunately when there isn’t much depth to the deal, the stock normally collapses on first day of trading. It is exactly what happened with Chegg, which saw its stock head south on day one, especially as many of these speculators wanted to get out of the company as quickly as possible. It was like people trying to get out of a revolving door after someone screamed FIRE!

Chegg, in many ways, should be a cautionary tale for technology companies wanting to go public. That kind of belly flop on day one can do psychological damage to the sentiment around public offerings. Investors start doubting the veracity of order books and question the pricing momentum. For instance, if you are a long-term holder and you bought the stock and it crashes on day one, you are suddenly worried about looking like the fool. Or as one of my sources said, you lose the protection of the herd.

So what does the future look like for technology IPOs? I think the example of these three companies is a good barometer on the IPO markets.

This last point is important, because often there is talk of a bubble, but those of us who remember the bubble also remember that bankers were coating crap in chocolate and selling it at a premium.

Many are expecting a slowdown that could last from now to the end of February 2014, when things will pick up again. Sure, we might see companies like Nimble Storage squeak out into the markets, but the looming holiday season slows down public offerings, a trend that lasts through January. February is when roadshows start in earnest, leading to March Madness.

It is not such a bad thing — by then many recently public companies would have reported their earnings and given the market a true temperature of their health. A few good announcements — Twitter for example — would bring investors back to the table, confident that all is right with the world in techlandia.

5 Responses to “Twitter, Chegg & Zulily: Why all tech IPOs are not created equal”