Microsoft (s MSFT) is buying clean energy to help power a data center for the first time. On Monday morning the tech giant announced that it has entered a deal to buy 110 MW of wind energy from a wind farm that will be located just outside of Forth Worth, Texas, and will be connected to the power grid that supplies power to Microsoft’s San Antonio datacenter.

The wind farm — called the Keechi Wind project — will be owned and operated by RES Americas and will go under construction next year (with power flowing in 2015). The farm will use 55 wind turbines made by Vestas and Microsoft is buying the power through a 20-year contract called a power purchase agreement. 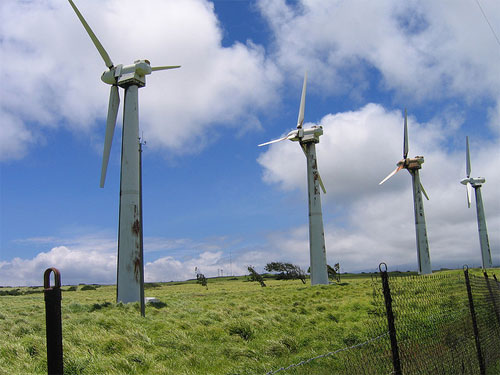 Microsoft is purchasing the wind power using money that it’s set aside through a program it created to put a fee on carbon emissions internally. For the carbon-based power Microsoft uses, it associates a fee with it and invests that money back into energy efficiency and clean power projects.

Buying clean power directly from a power company for data center operations is just one way to create a greener Internet. Other companies like Apple (s AAPL) (and Microsoft, too) have built their own clean power sources next to their data centers. Microsoft is building a biogas-powered small data center in Wyoming. Apple built a massive solar farm in North Carolina and has another planned for Reno, Nevada. Microsoft also purchases renewable energy offsets.

If you’re interested in learning more about clean power and the Internet, I’m helping lead a discussion on this topic in partnership with Greenpeace on November 13 at the Forum Theater at The Exploratorium, on Pier 15 in San Francisco. Box, Facebook, Google, Rackspace and others are going to be talking about the steps they took to add more clean power to their Internet infrastructure, and you can learn more about the event and RSVP here. Space is limited. Attendees will also get a chance to tour Greenpeace’s new Rainbow Warrior III, high-tech sailing ship, which will be docked next to the Exploratorium.