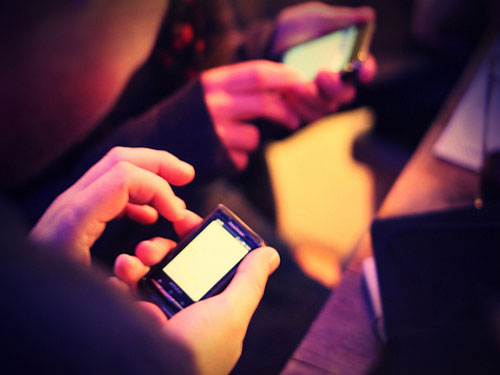 Today, it seems natural for, say, an iOS (s AAPL) developer to follow Apple’s company affairs — changes to the executive team, the number of opening-weekend iPhone 5S sales, or even Apple’s stock price — in the same vein that he stays abreast of the company’s latest SDKs or APIs. Ten or twenty years ago, though, it was fairly uncommon for anyone outside the investment community to seek out this kind of information, and even less likely an engineer.

Analyst Benedict Evans describes this era in technology as one in which “a bunch of worlds are colliding.” For tech professionals and tech companies alike, “there has been an explosion of different things that you would need to be interested in.”

Mobile analyst Horace Dediu, deemed the “king of Apple analysts” by Forbes, also recognizes the changing landscape: “Your professional education is going to change. You’ll never stop learning…you will be the subject of disruption probably more than once in your career.”

Smartphones and tablets are more intimate technologies than those of the previous generation. As Evans points out: “You hold in your hand products that are shaped by factors that you don’t understand.”

Evans, Dediu and Ben Thompson are among an increasingly popular class of analysts supplying a historically atypical audience with business and industry analysis. This audience requires industry intelligence and business acumen. Traditional outlets for business content — the Wall Street Journal, CNBC or research firms like Gartner — are too generalist to fill that role. Evans, Dediu and Thompson serve, in part, to unbundle content and distribute their more specialized analysis through more accessible mediums.

I spoke with the three of them about how their work serves the changing landscape.

Based in London, Benedict Evans is a freelance consultant. In his spare time, he writes for his eponymous blog and appears on the Cubed podcast with two fellow analysts. His increasingly popular weekly newsletter provides a tidy set of links to the most interesting news items and blog posts of the week.

Ben Thompson joins Evans on the Cubed podcast. He blogs at Stratechery and now serves as a Growth Engineer at Automattic from his home in Taiwan. His excellent post on independence addresses the apprehension that some readers have in subscribing to an analyst who’s not endorsed by a larger institution.

Dediu is the only one of the three who produces content full-time. His one-man Asymco “experiment” and podcast The Critical Path represent “storytelling through data,” focused primarily on mobile computing. Dediu describes his blog as “fundamentally data-driven. Every time I begin to write something, I begin with a clean spreadsheet, or a dirty spreadsheet.”

While this sounds like standard business analysis fare, Dediu’s methods are actually a far cry from the type of analysis published by Wall Street. Dediu notes that many Wall Street analysts rely on proprietary “channel checks” to extrapolate, often tenuously, the short-term prospects for Apple’s stock price. “The traditional analyst relies on having connections,” he says. “I have one connection — the internet connection.”

Dediu relies wholly on publicly available data and a humanistic understanding on what drives companies to succeed. Instead of distributing his analysis as static reports for clients or institutions, he often publishes his data through Google (s GOOG) Spreadsheets and invites readers to challenge his work.

Evans, Dediu and Thompson all note similar shortcomings of journalistic mediums, including dedicated technology blogs. As Evans observes, “Most technology bloggers are journalists. They are good journalists. But they haven’t sat in meeting rooms for five years trying to get things done.”

How Apple changed everything

Dediu, Evans and Thompson all cite links from John Gruber’s Daring Fireball as the first major wave of traffic to their sites. This speaks to Gruber’s role as a sort of haymaker for tech bloggers, but it’s also inextricably linked with the fact that Daring Fireball is the most fervent of Apple-focused websites. Apple has long inspired a community of developers and designers in a way that no other company has.

Look no further than the The Accidental Tech Podcast, which features three engineers — self-professed “geeks” — who discuss subjects like network access storage as commonly as they discuss Apple’s pricing strategies or the personalities of the company’s current executive team.

To get a sense of how unique this is to the present era, imagine how strange it would once have seemed to listen to three engineers on the radio speculate about replacements for departed executives. Fifteen years ago, “it would have been like hearing that the SVP of tape mechanisms for the Walkman had been replaced,” Evans notes. “It wouldn’t have had a tangible effect.”

Disruption is the unifying theme of Dediu’s blog and podcast, and he characterizes his own work as a form of low-end disruption: New, cheaper technologies (podcasting, blogging, Twitter) enabling new entrants (analysts like himself, Evans and Thompson) to serve a low-end market (tech professionals). Yet neither he, Evans nor Thompson set out with grandiose ambitions. Each said that he started his blog just by writing about what he found interesting.

All three evaded any predictions about where business analysis is heading. Evans, in particular, heeded caution about whether the future of business analysis will include greater access, admitting that “you’re kind of seeing the scraps of the table from me…The people who understand the industry most generally have jobs which prevent them from talking about it.”

Perhaps where analysis stands to gain the most is by facilitating interaction between an analyst and the tech professionals on the ground who are implementing Apple, Google, Microsoft (s MSFT) and others’ technologies. Dediu counts among his achievements both the volume of comments on his blog — over 40,000 — and the fact that his audience of tech professionals is self-selected.

By dint of first-hand experience, the tech professional should not be taken lightly as an observer of this industry. Technological advances, particularly app stores, have obviated many of the business concerns of the previous era’s general-purpose software company, situating developers and designers closer to business concerns than ever. More anecdotally, developers are commonly asked by friends and relatives about which technology to buy. It seems like a painfully simple idea, but it’s in some ways true that an app developer understands what makes a consumer buy one phone over another as well as any distally situated analyst.

While the future of independent business analysis might be impossible to predict, the relationship between analysts like Dediu, Evans and Thompson and their audience of tech professionals appears to be mutually beneficial. One can imagine a variety of ways in which the analyst can add to his toolkit by interacting with the community, while the tech professional acquires a business-grounded skill set that would be costly to acquire elsewhere.

Dediu envisions one such possibility: “My dream would be to use the [Asymco] brand to create an educational brand and be more of a resource to learn. A mini-MBA. You can gain a bit of understanding of strategy. You’ll get enough to solve the problem you have at that moment. I think teaching is a wonderful thing to do.”

Jonathan Libov is a product manager at Appsfire and co-creator of Snapix. He blogs at Whoops.