Neil Bartlett set some sort of land-speed record when he was named an IBM Fellow last week.

“I came into IBM(s ibm) a year and a half ago… it’s shocking that IBM would allow someone like me to become a fellow,” Bartlett said in an interview.

There have been only 246 IBM Fellows in the 50 years since the program launched, and 85 of those are still active out of a total 442,000 IBM employees worldwide. Last week, IBM tapped 8 more, including Bartlett, who became an IBMer when Big Blue bought his company, Algorithmics, in September, 2011. It’s safe to say that the bulk of IBM fellows have spent way more than two years with the IT giant, in many cases they’ve been there for decades.

Given that IBM (like many other tech powers) has gone ga-ga over analytics, it’s not surprising that Bartlett’s speciality is risk analytics. That’s a specialty which Toronto-based Algorithmics focused on with huge financial services and insurance companies.

As an IBM Fellow — his other title is director, development and CTO for risk analytics — Bartlett hopes to take what he and IBM have learned about evaluating risk and make it more available to smaller entities. “I’ve worked with big banking organizations, large buy-side institutional investors and insurance companies. What I’m hoping to do with IBM in the mix is to do a better job servicing those guys, but also bring what we learned to a much, much larger audience,” Bartlett told me.

Understanding risk is all about managing uncertainty, and smaller companies face risk and have uncertainty to manage too, he said.

What can he do as an IBM Fellow that he could not do before? For one thing he can get access to the top.  “I can pick up the phone and say, ‘Ginni, how about this?” Ginni is Virginia “Ginni” Rometty, CEO and chairman of IBM.

Becoming an IBM fellow is a little bit like being named a MacArthur Fellow, although no one at the company will talk about what, if any, monetary award might be involved.

Money or no money, it’s a huge honor and gives the recipient a big platform and access to all of IBM’s tools — yes, even Watson, the technology known for beating human Jeopardy champs. And, like many McCarthur recipients,  Bartlett was surprised that he was tapped. “I was in London when the call came and the number had an unusual series of digits and to be honest I ignored the first two calls but picked up the third,” he said.  It was IBM Software GM Steve Mills with the big news.

Attacking the opportunity in Brazil

IBM does expect its Fellows to pull their weight business-wise. Each becomes an ambassador for one of IBM’s targeted “growth markets.” In Bartlett’s case that would be Brazil — which is a little odd since Bartlett speaks some French, Italian, German, Spanish, Japanese, Thai and Russian, but not Portuguese.

Brazil has huge potential as it emerges as a world economic power. “Algorithmics was there for a few years as a private company and there’s a lot of value we can bring to the table, especially in Brazilian banks, as the company grows and changes,” he said.

According to Bartlett’s IBM biography, he earned a degree in computer science and electronics at the University of St. Andrews. According to the bio:

““I had plans of going on for my doctorate until I talked to my bank manager who told me how much it would cost me. I decided I needed to start working,” recalled the eldest son of a London car mechanic. 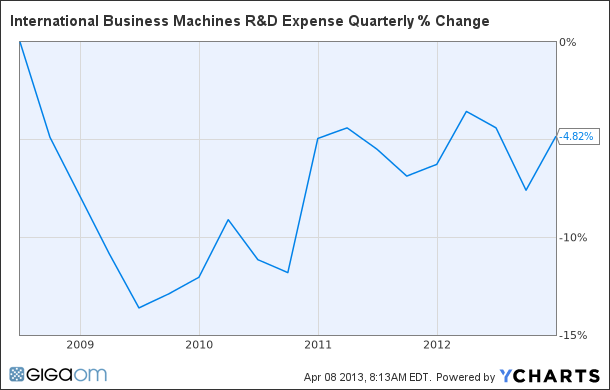