I took a look at Blossom.io, a task management tool built around product development, incorporating as its major design premise the use of Kanban boards for projects. Kanban is a scheduling approach developed in Japan by Taichi Ohno, strongly associated with Just-In-Time manufacturing, but it has been widely adopted in other product circles, including the lean or agile software development world.

Here you see a project I’ve defined in Blossom for my book:

As you can see, I’ve used three stages in my project — Proposal, In Progress, and Completed — and at present I have two ‘Features’ defined. The stamp on Outline reads blocked, which is an attribute used to indicate that no progress can be made on that Feature at the present time.

When clicked on, a Feature opens as a hovering panel, and a number of attributes are shown, including the option to create a task list to develop the Feature (or complete the activity, more generally): 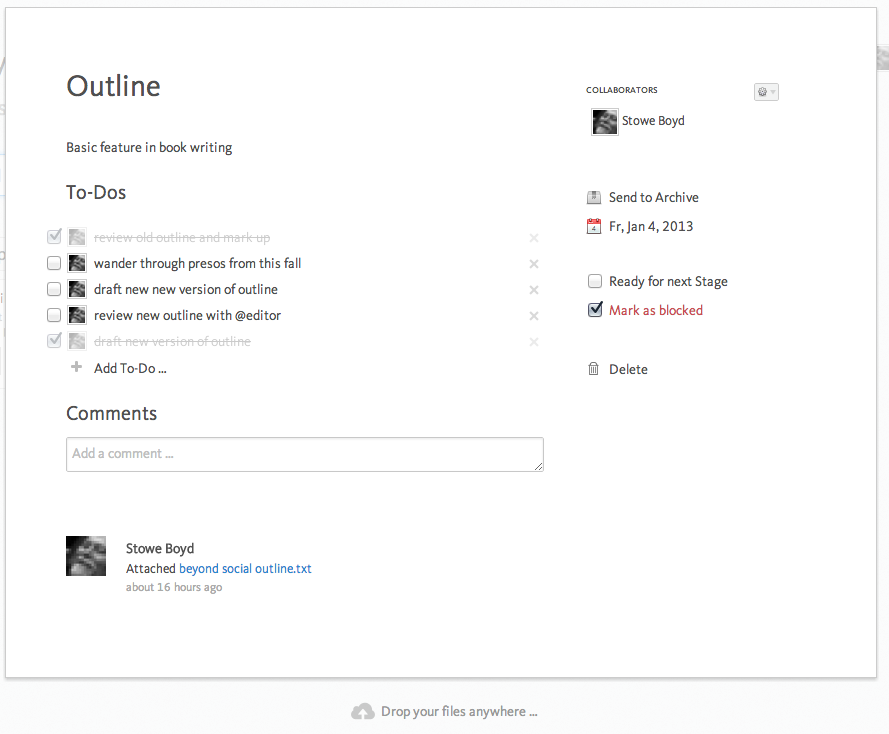 Above you see a task list (with some tasks checked off), a deadline, ‘Mark as blocked’ enabled, and a file attachment. I don’t want to make Blossom.io too heavy, but I would like to have optional deadlines on tasks, and not just Features as a whole. And optional assignment of tasks would be sensible, too.

There is a comment thread associated with each Feature, and all activity is logged in an activity stream shown below (although strangely, when I try to access the activity stream via the wiggly line icon at the top, I am informed I have ‘no activity yet’, although I do). 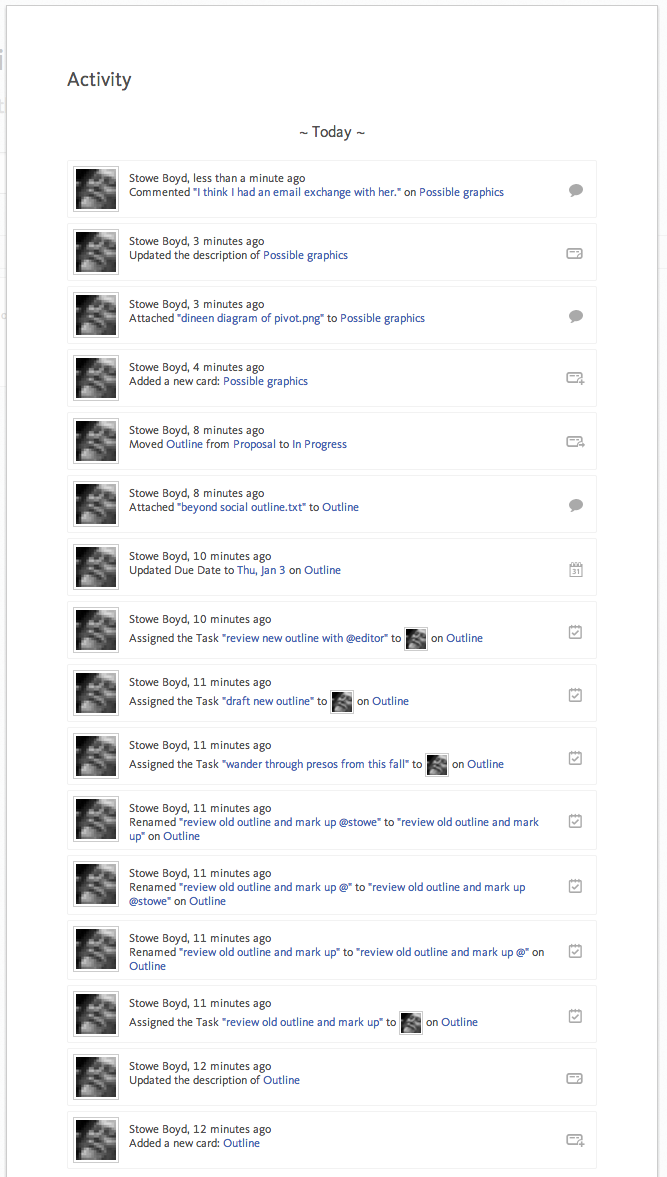 Blossom.io makes the stages of a Kanban board the central motif of task-based coordination of work, which is a reasonable approach in product-centered work. This is another example of the verticalization of social tools: making them more specific for the needs of a more specialized set of users. However, my sense is that this orientation is fairly broad, and would support almost any sort of collaborative effort.

Blossom.io is a lean and lightweight tool, a handsome member of the small and simple school of design. I haven’t yet used it in a production setting, with others, but I plan to do so in the coming weeks.