Today’s the day that Facebook (s fb) insiders can begin selling their shares and, even though the market was well-prepared for the event, the stock is getting pummeled worse than expected.

The shares, which traded as high as $45 right after Facebook’s IPO in May, have tumbled 7 percent this morning to a new low of $19.69. Here is a quick-round up of what the financial press is saying:

Facebook is having a no-good, very bad day — and may have many more in the near future as more insiders become eligible to drip their stock into the open market. But in the long run, the company may prove appealing to value investors. As tech executive Adam Rifkin noted in a weekend post, “Facebook is the ant, Zynga is the grasshopper,” Mark Zuckerberg and his company have a number of qualities in common with other long-established tech companies. 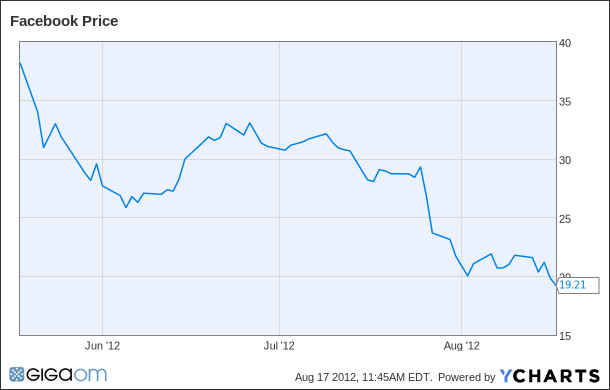