But what does the history of Chinese digital stocks, of which there are many in New York, tell investors about both companies’ future courses?

Portals – have provided decent returns, but Baidu has led the way… 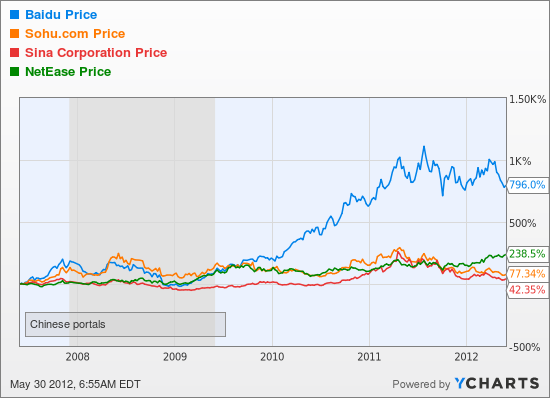 Online gaming – the segment is huge in China, raking an estimated $1.7 billion in Q1 2012 alone. But, whilst locally-listed Tencent leads the way, most U.S.-listed operators have fared poorly 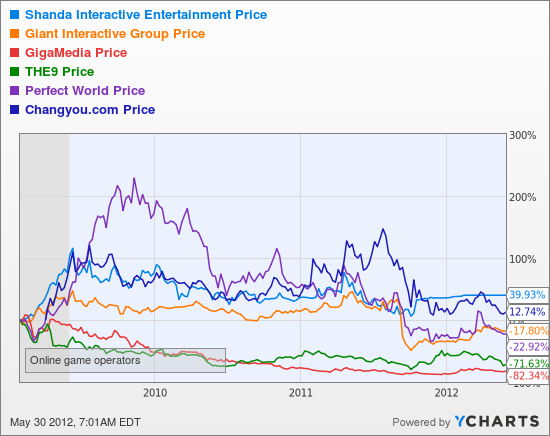 Video sites – the main independent sites not affiliated with portals languished since their floatation. But their March 2012 proposal to merge, in a bid to cut licensing and distribution costs, boosted especially Tudou, whose stock Youku is buying. 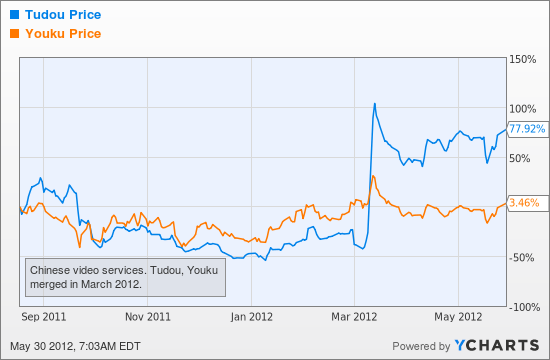 Social – Often called the “Chinese Facebook”, the visually-similar real-name network RenRen has been a disaster on the Nasdaq, despite almost doubling revenues within a few months last year. Are investors starting to worry about China’s growing state social media censorship, or about the growth of microblogs from portal powerhouses like Sina and Tencent? 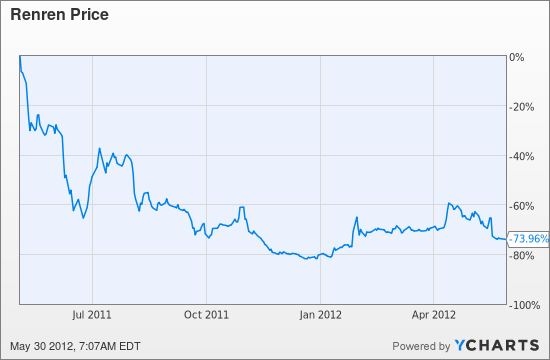 E-commerce – these should be boom days for businesses serving China’s growing digital affluent class. But travel booker Ctrip and diversified Amazon rival DangDang, which is also moving in to e-books and e-readers, are way below their 2010 opening prices. 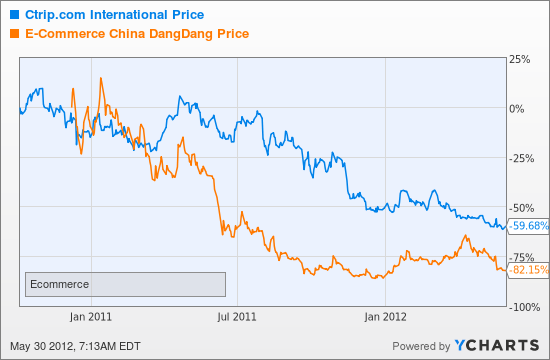 Mobile/broadband – Mobile ringtone, game and news provider Linktone is climbing back from a slump, but mobile security outfit Qihoo 360 and data centre host 21Vianet have tracked each other on the way down, only seeing improved fortunes during this 2012 year of the dragon. 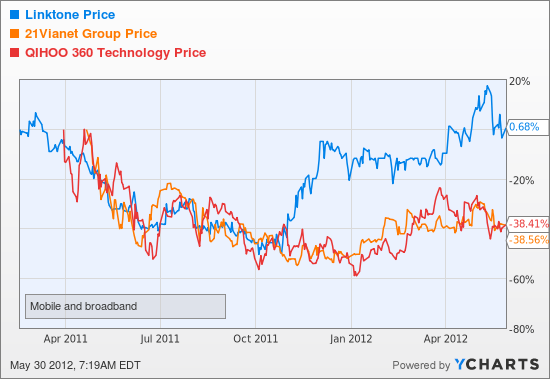