Marketers in China are fast moving advertising spend from offline to internet, one of the country’s largest online operators, Sohu (NSDQ: SOHU), said, as it reported record quarterly revenue to its Nasdaq investors.

The Charles Zhang-led company, which operates the Sogou search site and Changyou online gaming business, saw Q4 online advertising revenues grow 51 percent from a year earlier to $101 million, including a 248 percent rise for Sogou to $23 million.

Co-president Belinda Wang: “In 2011, the internet population in China exceeded 500 million and we witnessed a continuing trend where marketing spending by brand advertisers has been shifting from offline to online.” 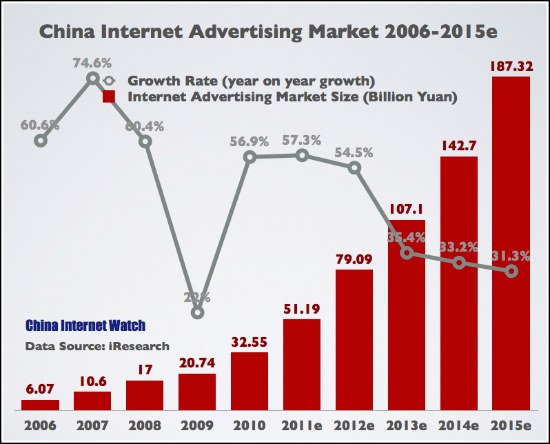